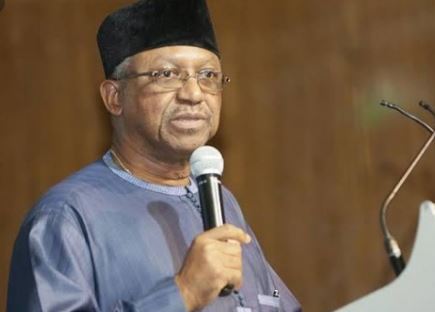 He said 258 cases have been confirmed so far from 19 states.

Dr. Ehanire said though the disease is endemic due to Nigeria’s ecological profile, it is everyone’s responsibility to help curb its spread.

At a briefing in Abuja, Ehanire told reporters: “Lassa fever is a disease that is indigenous to our country because it occurs every year, particularly in the dry season.

“Given the tropical climate in Nigeria and the abundance of the disease vectors, the high risk of infectious diseases like Lassa fever is high.

“Despite the increase in confirmed cases, the overall case-fatality rate for 2020 has been just about 15 per cent compared to the same in 2019, which was 20 per cent.

“A few years ago the case fatality rate was over 30 per cent.”

“The EOC, which was constituted on January 24, includes representatives from the National Emergency Management Agency (NEMA), Federal Ministry of Agriculture and Rural Development, Federal Ministry of Environment, World Health Organisation, UNICEF, U.S. Centers for Disease Control, and other partners.

“While we are gradually moving towards achieving a single-digit fatality rate, we will continue to support response activities like surveillance and contact tracing in affected states through the deployment of rapid response teams for improved case management and outcomes.

“The rapid response teams have so far been deployed to five states – Ebonyi, Enugu, Kano, Borno and Ondo states.

“It is important for health workers to maintain a high index of suspicion and practice universal health precautions to protect themselves from infections by using surgical masks, gloves, laboratory coats and aprons.

On coronavirus, Ehanire said his ministry was working with relevant ministries and agencies to strengthen surveillance and response to public health emergencies at points of entry.

The minister explained that the risk factor for coronavirus depends largely on air travel volume.

“Nigeria has a moderate risk factor because we do not have the huge air travel volume that other high risks countries have,” he said.

“We lost two of the health workers,” he said.

He explained that the doctor, a house officer, was undergoing treatment at the Irrua Specialist Hospital in Edo State.

Seven suspected cases of Lassa fever were recorded in Gombe State, according to the Commissioner for Health, Dr Ahmed Gana.

He said two were confirmed and one died; the other one was treated and discharged.

Gana said among the remaining five suspected cases, one later died while waiting for laboratory confirmation.

It said the two pregnant women were brought in from Ondo and Ogun states and both delivered their babies safely.

The hospital is a centre for diagnosing and treatment of Lassa fever.

The Medical Director of the hospital, Prof Sylvanus Okogbenin, told reporters that the corps members had received dialysis and was recovering.

Okogbenin said the doctor from Jalingo was responding to treatment, even as 27 others were treated and discharged.

According to him, 61 patients were on admission in the hospital for Lassa fever, adding that three deaths were recorded since the outbreak.

The Adamawa State Government confirmed the death of one person from Lassa fever.

The state Commissioner for Health and Human Services, Prof Abdullahi Isa, said the deceased was a 29-year-old pregnant woman who suffered a stillbirth.

He added that three other suspected cases from Yola North, Yola South and Girei LGAs had since been discharged.

The Federal Capital Territory (FCT) Minister, Muhammad Bello, said there was no case of Lassa Fever in Abuja.

He urged medical experts to be prepared to forestall any outbreak, be it Lassa fever or the Coronavirus.

The Federal Ministry of Water Resources has begun activities to intensify efforts to promote a handwashing culture to halt the spread of Lassa fever.

The Emir, in a broadcast on Monday evening at his palace, directed residents to notify health professionals of any symptoms noticed in their community.

He cautioned them against self-medication or using herbs.