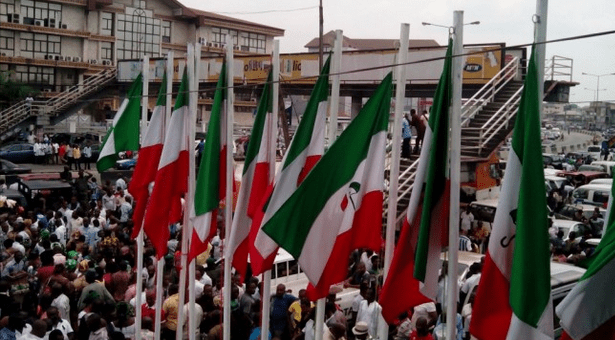 The Peoples Democratic Party, PDP, on Thursday, fixed August 17, 2016 for its national convention to elect new officers that would take over from the Senator Ahmed Makarfi led National Caretaker Committee of the Party.

The announcement of the new date followed a meeting of the expanded caucus of the party which held at the Shehu Yaradua centre in Abuja.

The party has also named a committee to work out a new zoning arrangements for national offices with the consideration of the National Chairman zoned to the South having approved Presidency for the north.

The move is seen as a major blow to Senator Ali Modu Sheriff who had been laying claims to the leadership of the party after being sacked by the national convention in Port-Harcourt.

The party’s national secretariat in Abuja is currently under seal by the Nigerian Police following altercations between the loyalists of the two factions.

Addressing journalists at the end of an expanded caucus meeting of the party with members of the caretaker committee in Abuja, Senator Makarfi said the party was still open to accepting all those who are with Senator Ali Modu Sheriff.

The expanded caucus is made of the state governors, members of the Board of trustees of the party, the party’s principal officers in the National Assembly and other stakeholders.