Tambuwal: I Won’t Quit PDP If I Fail to Get Presidential Ticket 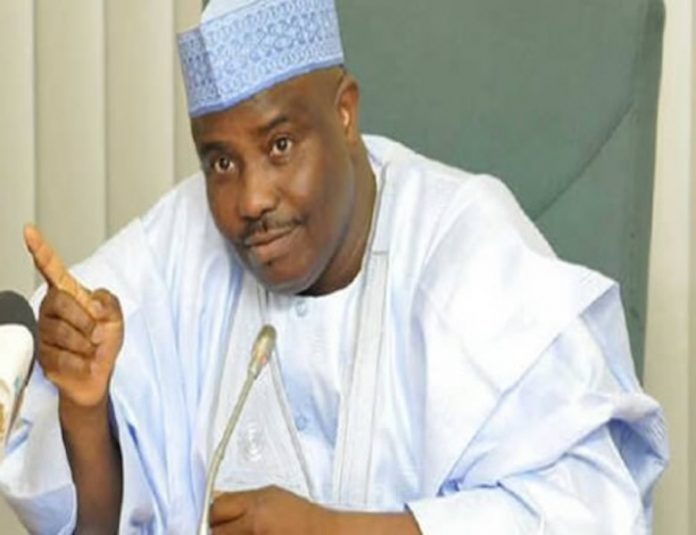 Sokoto State Governor and presidential aspirant on the platform of the Peoples Democratic Party (PDP), Aminu Waziri Tambuwal, has said he hoped to emerge the party’s standard-bearer in the coming election.

He, however, added that he would not quit the party if he failed to get the presidential ticket.

Tambuwal, who was responding to questions from journalists in Sokoto at the weekend, said he remained the most credible and favoured aspirant.

“I am confident that the PDP presidential ticket will favour me, God willing,” he said.

House of Representatives former Speaker, Tambuwal, who picked his nomination form a few days ago, is contesting the presidential ticket with 11 others, including former Vice-President Atiku Abubakar, Senate President Bukola Saraki, Senator Ahmed Mohammed Makarfi, among others.

PDP has zoned its presidential candidature to the North.

The Sokoto State governor said going by his antecedent, PDP delegates would find him a suitable candidate.

He said he joined the presidential race to serve the country, adding: “I have all it takes to be the president of this country.

“My vision is to create a well-secure, buoyant and stable polity.”

Tambuwal said his experience as a governor would strengthen his capacity to advance the cause of educational development for the benefit of youths.

“My level of experience in Sokoto, which is one of the educationally disadvantaged states, will assist in charting a way forward for the sector’s prosperity and youth development”, he added.

The aspirant, who noted that the world was knowledge driven, said: “Developing human capital will be key in driving the economy, with emphasis on youths and women, who deserve attention.

“As a governor, I have since my assumption been making provision of the state budgetary allocation to the education sector in addition to the promulgation of enabling laws to facilitate the development of education.”