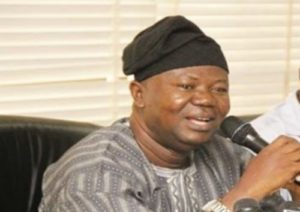 The Academic Staff Union of Universities President, Prof Biodun Ogunyemi,  has said the union has  agreed to release its members to participate as Returning and Collation Officers in the forthcoming general elections.

Ogunyemi made the announcement after  ASUU leaders met with the  Chairman of the Independent National Electoral Commission, Prof Mahmood Yakubu in Abuja on the 2019 general elections.

He  said, “We had a good meeting with the INEC team and our relationship with INEC dates back to 2010 when a former president of the union, who was also the commission’s chairman, Prof Attahiru Jega, collaborated with us.

“We have assured them that we will not stand in the way of our members participating in the elections as ad hoc staff. The position of our union is that our members are free as citizens to participate in the election as ad hoc staff and we have restated this that we are not going to stop any of our members who wishes to serve in that capacity. We have also assured them that we will continue to work together to deepen the content and process of elections in Nigeria.

“We will continue to support them with research. This is because our strike as of today is about academic activities,  we have not stopped conducting researches and community services. Participating in the election is part of community service and we as patriots will do everything to support the democratisation of Nigeria.

“We believe that our members will voluntarily participate in the elections.”

At the beginning of the meeting, Yakubu said the commission was not against the strike and demands of the  union but only wished that the collaboration during the elections period would continue.

Yakubu said, “The 2019 general elections are  only 42 days away and elections will take place in 1,558 constituencies spread across 119,973 polling units clustered into 8,809 Registration Areas or wards in the 774 local government areas and 36 states and the Federal Capital Territory. The number of election duty staff to be deployed by the commission is therefore huge.

“As the process progresses to collation and declaration stage, the commission draws from the academic staff of tertiary institutions, mainly the federal universities as Collation and Returning Officers. For some time now, INEC has relied on the universities for the critical mass of election duty staff. ASUU has collaborated with the commission in vetting the list of its members engaged as Collation and Returning Officers. It has increased public confidence and we should sustain and deepen it.”

While fielding questions from journalists, Yakubu  said the commission was ready for the 2019 elections.

He said, “We had a very important interactive meeting with the union and we are very happy about the assurance we got from them. As a result of this meeting, Nigerians should  rest assured that the 2019 election is fully on course.

@@dailyrecordng
Previous NAF fighter jet crashes during operation against Boko Haram in Borno
Next APC’s injustice will not stand in Ogun, says Akinlade