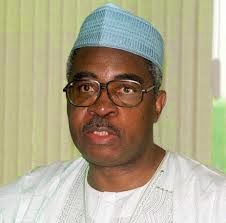 Few months to the 2019 general elections, a coalition of Christian leaders under the aegis of National Christian Elders Forum has asked Nigerians not to vote for the All Progressives Congress and the Peoples Democratic Party, describing the parties as “two evils.”

The group also faulted the current political composition of Nigeria, saying it was structured to favour one ethnic nationality and the supremacy of one religion over others.

The National Chairman of  the NCEF, Solomon Asemota (SAN), made the position of the group known during a press conference he jointly addressed with the NCEF Secretary and Chief Executive Officer of Christian Socialist Movement of Nigeria, Bosun Emmanuel.

Asemota said, “Nigerians must begin to clamour for new candidates and new political parties. It is not too late to mobilise and dismiss the current political class that devalued naira by over 1,600 per cent from 1999 to 2018 and, at the same period, increased the price of fuel by 625 per cent.

“Jointly, the PDP and the APC impoverished and pauperised Nigerians and turned the country into the poverty capital of the world. It makes sense to reject the two frontline parties, the APC and the PDP, for lack of credible performance.

“We are persuaded that the nation should feel compelled, within the next few months, to look in another direction for its salvation. If that is not done, Nigerians would have willingly jumped from the fire into the furnace. We are already sensitised as to what is ahead with the slogan – ‘two evils.’ NCEF is convinced that if Nigerians are truly desirous of good governance, then all Nigerians have need to be diligent to look outside of these two major parties.”

On the need to restructure Nigeria, he said, “The determination of a minority group to transform Nigeria into its colony is responsible for the chaos in the country.

“NCEF insists, in agreement with other well-meaning Nigerians, that restructuring the country must be a cardinal campaign issue for the 2019 elections. Therefore, the Christian elders emphasise the need to draw up a Charter of Agreement to be signed by presidential candidates to complete with timelines for implementation.

“This should be a major pre-condition for those soliciting votes from Nigerians. Of course, no promise from the current government should be taken seriously by anyone. NCEF shall draw up its Charter of Agreement and encourage other credible groups to do the same.”

The elders also expressed concern over what they described as the growing interference of security and intelligence arms of the executive in politics and elections, especially from 1999.

To check the menace, NCEF reminded Nigerians of the weapon of “public outcry” used to remove former President Ibrahim Babangida in 1993 and the PDP in 2015.

NCEF said, “Nigerians have need to raise political discourse to the level of an outcry such that the APC itself would realise, like Babangida and the PDP, that it has become unacceptable by an overwhelming majority of Nigerians for the lack of performance in critical areas of life and security.”