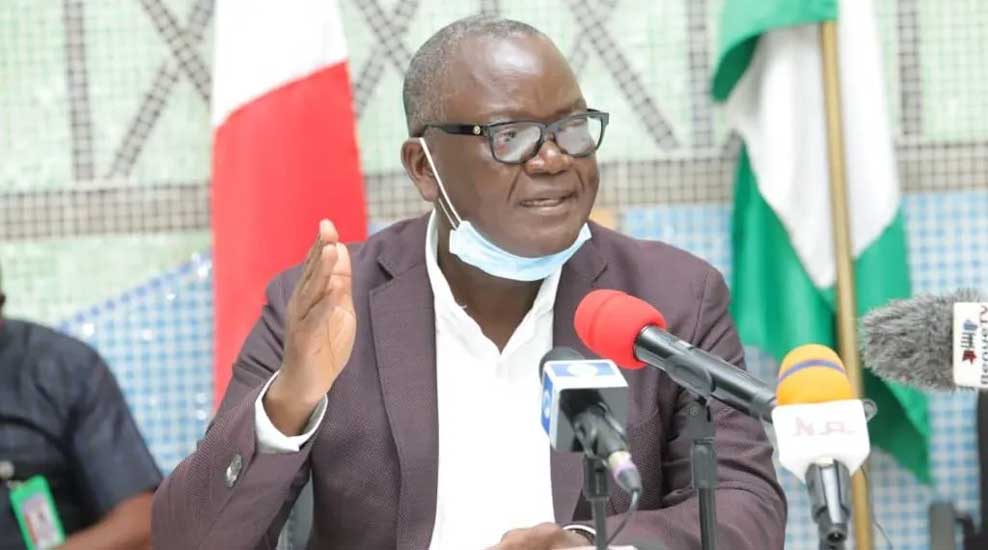 A week after the five aggrieved governors of the Peoples Democratic Party, PDP, converged to take a decision on which presidential candidate to support, Nigerians are yet to be told of their candidate.

But the Benue State governor and Chairman of the group has endorsed Peter Obi of the Labour Party.

The G-5 which has made it very clear it would boycott the presidential campaign council of Atiku Abubakar, the PDP presidential candidate unless the party’s National Chairman, Iyorchia Ayu, resigns, met several times in the country and abroad but has so far failed to find a common ground.

Reports that it had given the presidential candidate of the All Progressives Congress, APC, Bola Tinubu, some conditions in order to give him the group’s support was immediately shot down by Tinubu, who denied meeting the group in London during the Christmas holiday as he was headed for Saudi Arabia for prayer.

Also, the arrow head of the group, Nyesom Wike, the Rivers State Governor, denied as rumours any of such meetings and advised those he called rumour mongers to desist from spreading what he described as fake news propagated out of “bad belly.”

Ortom who has often spoken on behalf of the groups stopped short of announcing who the group would support on Tuesday but doubled down on his earlier positive appraisal of the Labour Party presidential candidate, Obi, saying ex-President Olusegun Obasanjo’s endorsement was in order and appropriate.

Speaking on Tuesday through Terver Akase, his spokesperson, Ortom said he is convinced that Obi “possesses the qualities of a leader who will be a true president of this country by guaranteeing justice, equity and fairness for all Nigerians”.
According to the statement, “Governor Ortom strongly recommends Peter Obi to Nigerians as the man who has the capacity to effectively tackle the economic, security and other challenges facing the country.”

However, it’s gathered that the G-5 camp is enmeshed in confusion on the way out of the impasse since one of them is going for his second term.

Besides, three more governors are senatorial candidates and could face electoral defeat if they go ahead to declare their support for a rival candidate.

But Ortom, who’s one of the senatorial candidates, did not appear to care much about his chances as he described Obi as the only candidate who can reverse the dangerous route Nigeria is headed.

“The Governor stresses that for some years, the country has been tottering on the verge of collapse, owing to leadership failure and its attendant consequences of poverty, heightened insecurity with banditry, kidnappings and other acts of terrorism threatening the very foundations of the nation.

“He says the President that Nigeria needs at this challenging time in the country’s history is one who understands the urgent need to unite the people and speedily initiate policies and actions to redirect the ship of the nation on the path of growth and development, and emphasizes that Peter Obi has all such qualities.

“Governor Ortom lauds Chief Obasanjo for once again demonstrating objectivity, truth and patriotism as a statesman whose views on national issues must be taken seriously,” Ortom said.