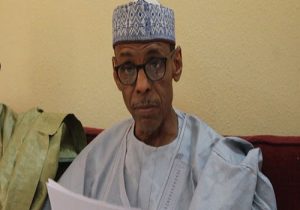 The North, it said, “should vote for the best leader,” while also encouraging key northern groups to “engage groups from the South to improve understanding, lower tension and contribute to the creation of an atmosphere that allows all Nigerians to live in peace with one another.”

The communique read by the Chairman of the Communique Committee and former Vice Chancellor of Plateau State University, Prof. Doknan Decent Danjuma Shenni, reads: “We the Northern Leaders of Thought, whose names appeared below on this historic day of January 15th 2022 at Arewa House Kaduna to deliberate on the theme “Rebuilding the North” after extensive discussions and deliberations on the affairs that affect the North and Nigeria as a whole, we hereby resolve as follows:

“The current state of insecurity in the North is unprecedented and unacceptable. While commending the efforts of the nation’s defence and security forces in rolling back sundry threats that have weakened the Nigerian State and made life almost valueless, the meeting advises the administration of President Muhammadu Buhari, Governors and Legislators to revisit and re-prioritise spending on security and addressing the scourge of poverty. We recommend the increase in recruitment of security personnel.

“The fundamental rights of all political parties to field candidates of their choices, and the right of voters to freely exercise choices over who leads them cannot be compromised. Northerners have equal rights to aspire to all offices but they must raise competence, evidence of personal integrity and commitments to the rule of law above all other considerations.

“Northerners should ignore provocative statements from groups in the South of Nigeria who appear to believe that Command Democracy in which threats and hate campaigns are their hallmark or defining elements will work in Nigeria. North should vote for the best Leader.

“The Meeting notes the desperate condition of economic existence of most Northerners poses additional threats to security and the democratic process. It recommends that leaders should avoid pushing the population into deeper poverty and desperation with challenging economic policies and lack of empathy.

“Government at all levels should consider a form of structured welfare system to alleviate poverty in the populace.

“The Meeting advises the federal Government to postpone the planned 2022 National Census in view of the large numbers of displaced Nigerians and the proximity of the census to the 2023 elections.

“The Meeting urges the National and States Assemblies to prioritise constitutional amendments currently being processed. It further urges President Muhammadu Buhari to accent to the proposed amendments to the Electoral Act, as this will improve the quality of elections, starting from 2023.

“The Meeting urges key Northern Groups to engage groups from the South to improve understanding, lower tensions and contribute to the creation of an atmosphere that allows all Nigerian to live in peace with each other.

As the debate over the region that should produce Nigeria’s next president rages, Northern Elders under the auspices of Northern Leaders of Thought (NLT) yesterday declared that Northerners as well as other Nigerians have equal rights to aspire to the presidency in next year’s elections.

But the group said competence, personal integrity and commitment to the rule of law are crucial factors in determining Nigeria’s next ruler.

The NLT, in a communiqué at the end of a meeting in Kaduna, also called for the suspension of this year’s census in view of its closeness to the polls and the large number of Nigerians displaced by the insurgency in parts of the country.

“The fundamental rights of all political parties to field candidates of their choices and the right of voters to freely exercise choices over who leads them cannot be compromised,” it said, adding that Northerners “have equal rights to aspire to all offices, but they must raise competence, evidence of personal integrity and commitment to the rule of law above all other considerations.”

It advised Northerners to ignore what it labelled provocative statements from some groups in the South who “appear to believe that Command Democracy in which threats and hate campaigns are their hallmark or defining elements will work in Nigeria.”

“The Meeting recognizes our ethno-religious diversity in the North, which is a source of strength that should be celebrated.

“The Meeting further observed that all faiths teach us to imbibe the spirit of tolerance and not hate or attack those who worship in a different way. Our religious differences should be an invaluable asset not a liability or a potent weapon in the hands of our desperate and failed leaders.

“The Meeting advises Northern Groups to visit and engage President Muhammadu Buhari to discuss with him on ways in which the security and economic condition of Northerners can be improved.

“The Meeting recognised that education in the region has never been more imperiled than now. Insecurity has exponentially increased the number of out of school children. School abductions, closures and excruciating poverty have set back education in the region many generations. The Meeting calls on the state and Federal Governments to protect all our schools and rescue all our children in the hand of Bandits, and insurgents.

“The Meeting notes the widespread insecurity, poverty and discontent with the leadership has resulted in serious voter apathy that is unhelpful to our fragile democracy. It calls on all Nigerians particularly the youth not to despair but to register to vote for a leadership that can change the fortunes of Nigeria.

“The meeting recommends the need to have a working partnership with government agencies and other non-government organs to restore and re-instate the traumatized and displaced communities (IDP) to their villages as we initiate trauma healing sessions for them as well as de-radicalization programmes targeting the youths in the affected areas.”