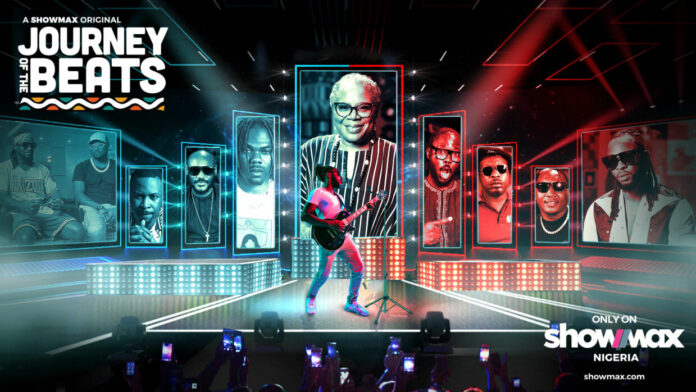 Music is the fuel that fires up our souls and the oldest form of communication. African music, popularly known as Afrobeats, is a massive music moment that has seen many African artists such as Wizkid, Davido, Burna Boy, Tiwa Savage, and other mega stars creating waves across the globe.

Like every movement, Afrobeats has a beginning, an origin, and beautiful stories to tell and Showmax’s Original docu-series, Journey of the Beats is telling these enlightening stories. Here are some interesting facts about the origin of Afrobeats derived from the first two episodes of the show:

Fela had a competitor

Many of us know legendary singer Fela Anikulapo-Kuti as the king of Afrobeat, but did you know that there was another disruptive force who was a fierce competitor to the King of Afrobeats? His name was Gerald Pine, but he was known to his fans as Geraldo Pinot. Just like Fela, he was a force of nature who changed the genre of the highlife genre. In contemporary times, the duo’s fame and perceived competition can be likened to Wizkid and Davido’s popularity contest.

Fela started his Afrobeat in America.

Before Daddy Showkey became popular in the reggae genre, he was a rap artist. Before the Daddy Showkey of Reggae, there was James Brown of Rap. He was a part of the legends that ruled Hip-Hop music in Nigeria and arguably one of the few who could switch from one genre to another.

Nigerian music in the late 1990s and early 2000s was a real struggle and technology – or the lack of it – contributed to the struggle.

While It’s hard for some of us to grasp how difficult it was to convert a full-fledged album to a CD, it was purely a labour of love for the early pioneers of Afrobeats. Daddy Showkey’s first album, The Name, was the first album to get converted from a cassette to a CD in the early 2000s.

The Queens of Pop

The men weren’t the only ones that ruled the music scene in the 80s and early 90s. Nigerian music history wouldn’t be complete without the contributions of the Queens of Pop. The likes of. Christy Essien Igbokwe, Onyeka Onwenu, Dora Ifudu, Oby Onyioha, Martha Ulaeto, Nelly Onyioha, Uche Ibeto, Barbara Soky, and Comfort Omoge ruled the limelight with their male counterparts. These women carved their niche and ruled the Afro-Pop genre scene. Most don’t even know that Christy Essien Igbowke won an international music competition in Korea in the early 80s.

While the Nigerian music scene was dominated by Pop, Disco, and Reggae sounds in the 80s and 90s, traditional sounds didn’t fizzle out despite the switch up in the audience’s music taste. The Fuji and Juju genres had their fans spellbound. Juju music was popular in the ancient city of Ibadan. It was derived from the traditional Yoruba; while Fuji has its roots in Wiri music, a sound used to wake up Yoruba Muslims for prayers.

Music artists used entertainment magazines such as Ayo Animashaun’s Hip Hop World Magazine, Bubbles, and City People as proof of their identity as artists at embassies. The stories were written about them and their songs were enough proof for them to secure visas to other countries.

The Investor of Afrobeats

The name, Femi Lasode might mainly be known among the OGs of Nigerian music but many of us are more familiar with the return of his investments than we know.

Femi Lasode was the investor behind major Nigerian music acts of the early 2000s through his state-of-the-art studio, Even-Ezra. His studio helped birth the sounds of the R &B group, Plantashun Boiz, legendary Alariwo of Africa, and the woman who sings through her drum, Ara.

The Journey of The Beats explores many rich and different facets of the Afrobeats genre, and the story continues in the third episode of Journey of The Beats dropping on Thursday 7, July 2022. Visit www.showmax.com and subscribe for as low as #1,200. You can also follow the conversation with the hashtag #JOTBShowmax.