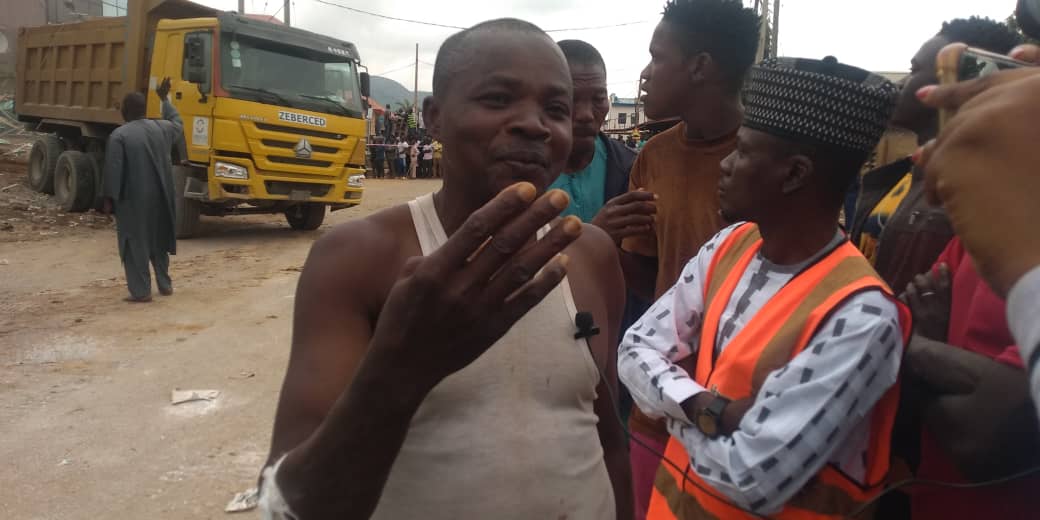 The Senior Special Assistant to the FCT Minister on Monitoring, Inspection, and Enforcement, Ikharo Attah, has said that the owner of a building that collapsed in the Kubwa area of Abuja on Thursday may forfeit his land to the Federal Capital Territory Administration.

Two people had died in the collapsed building while five who were rescued sustained various degrees of injuries.

Attah said when a building collapses, the owner of such a building forfeits the land according to a policy of the FCTA.

He said, “From what we’ve gathered, the building was initially constructed as a shopping mall thereafter, the reports that we got from residents and the team here is that the owner was warned because, at a certain point, it was converted into a residential building.

“The bottom remained a shopping mall, but they were putting up some blocks of flats on the first and second suspended floors.

“That was the worry people around here had raised before now, that you cannot alter a shopping mall into a residential apartment, thereby giving it more load than what the foundation was meant to carry, but we plan to carry detailed investigations on what happened here, but so far so good, the FCT has ordered tests to be carried out on most of the two-story buildings around here today so we can ascertain how solid they are.

“This is one of the reasons why we mark building for demolition, people cry out and complain when we do it but this building had been marked when we saw alterations there but they still went on building and now we are seeing that we are all grappling with here, but we pray earnestly that the two persons left are rescued alive. It’s very painful that because one man decided to alter the plan that was given to him, we are here seeing something that we never planned for.”

Speaking on the fate of the engineer in charge of the building, Attah said the police were looking for him for interrogation.

“And one thing about the FCTA, we have a policy that once a building collapses, the land is forfeited or revoked and I’m very sure that the FCT Minister will revoke this property and convert it into a park or a garden for residents around the neighbourhood.

“That’s the policy of the FCTA, once a property collapses, the land stands revoked, and this is a warning to all plot owners and engineers here,” he said.

Meanwhile, one of the rescued victims has told journalists how he narrowly escaped.

Hafeez Olayinka said, “It happened at night, the seven of us were in the building, one person sleeps at the boy’s quarter, one person at the security gate, and five sleeps at the main building. So, when the building collapsed around 11:30 pm, I noticed that I didn’t sustain much injury and I dust off my body, then the person next to me shouted and stood up.

“We could see through the roof where there was an opening, and we were able to come out through the light lead, before we came out people were already present. When the policemen came, four of us were taken to the hospital first, we were treated and given an injection. Around 4 am, another person was brought to the hospital.”

Shuaib Abdullahi, who lost his father (a security guard) in the sad incident said, “We finished praying around 8 pm, we were just gisting till around 10 pm when I decide to go and sleep, after I went to sleep, at about an hour later I heard a sound, and came out to see what could probably cause the sound, just for me to move, the building collapsed. I was assisted out by a neighbour.”