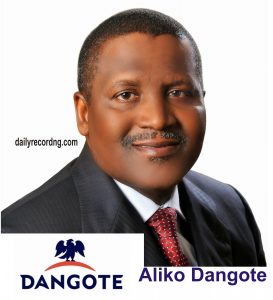 The recently concludedGlobal Nutrition Summit 2017, held in Milan, Italy, convened governments, iternational agencies, foundations, civil society organisations and businesses to accelerate the global response to malnutrition, an underlying cause of nearly half of all global child deaths.

The Global Nutrition Summit is the global forum of the United NationsDecade of Action on Nutrition (2016-2026).  This year’s edition was held in close partnership with a number of international stakeholders including the U.K.’s Department for International Development, the World Health Organization, the Food and Agriculture Organization of the United Nations, the Bill & Melinda Gates Foundation and the International Coalition on Advocacy for Nutrition. The governments of Ethiopia, Ivory Coast, Burkina Faso and Zambia all made commitments to expand their nutrition programmes and the Summit succeeded in galvanizing US3.4 billion according to the organisers.

Malnutrition affects every country in the world in various forms, however Africa is particularly hard hit and Nigeria is home to the highest numbers of malnourished children. Almost half of the one million children who die before the age of five every year in Nigeria, die of malnutrition as the underlying cause. Without the proper nutrients during the first 1,000 days of life starting from conception up to their second birthday, children are less likely to survive childhood diseases such as malaria and pneumonia, and are less likely to escape poverty as adults. They become physically and cognitively stunted, a fate that has befallen 11 million of Nigeria’s children under five.

The Aliko Dangote Foundation’s Managing Director and CEO Zouera Youssoufou said: “Nigeria’s high malnutrition rate is undermining progress towards improving child health and survival and putting the brakes on economic development.  By investing in nutrition, we aim to directly improve the lives of Nigerian families and to empower our citizens to reach their full potential.”

The Global Nutrition Report 2017, launched at the Summit, showed that, in spite of progress, 155 million children globally are still stunted and the world is off track on meeting internationally agreed nutrition targets. Financing to tackle malnutrition has been alarmingly low. Donors spend about 0.5 percent of overseas aid on nutrition, and countries allocate between one and two percent of their health budgets to the issue.

“The global malnutrition crisis endangers the physical and mental wellbeing of present and future generations” saidKofi Annan, speaking at the summit in his capacity as Chair of the Kofi Annan Foundation. “Progress in tackling both undernutrition and obesity is possible with targeted commitments, like those made here today. We need further urgent investments so that people, communities and nations can reach their full potential.”

Through his Foundation, since 1993, Aliko Dangote has made significant social investments in health, education, economic empowerment and disaster relief. He is now becoming the strongest voice for nutritional leadership nationally and on the continent of Africa. By making this unprecedented US$100 Million commitment, the Aliko Dangote Foundation is on a mission to reduce the prevalence of undernutrition by 60 percent in the most needy areas of Nigeria, specifically the North East and North West, where malnutrition has affected millions of lives and crippled the local economy