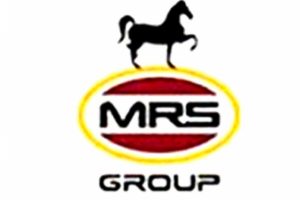 The Asset Management Corporation of  Nigeria, under Ahmed Kuru appears to be fast losing grip of its mandate, which is to help businesses recover rather than  destroy them. It just has announced it had initiated steps to wind down MRS Holdings Limited over its inability offset its N81bn debt. Another of its recent unfriendly moves towards businesses. A move that is certain to have negative impact on the wider economy.
MRS Holding Limited is owned by, Alhaji Sayyu Dantata, and AMCON said it had instituted proceedings at a Federal High Court in Lagos against the oil marketing concern.

In the suit with No.FHC/L/CP/923/2016, AMCON was asking the Federal High Court, Lagos Division, to allow it to force MRS into compulsory liquidation.

“MRS entered into an agreement with AMCON in February 2014 to restructure the debt, which then stood at over N74bn.  In the agreement executed by Alhaji Dantata and another executive director of the oil company, MRS agreed among other conditions that in the event of default, all concessions granted under the terms of settlement shall be revoked and the facility called in at the discretion of AMCON.
Alhaji Dantata and one of his directors also signed a default indemnity, which stated that if MRS Holdings Limited failed to pay any sum (of principal, interest or otherwise) due or to become due as agreed, MRS Holdings Limited shall pay additional interest at a default rate determined by AMCON on the unpaid sum from the date when such payment was due up to the default payment,” AMCON said.

But MRS has denied owing any N82b.In a statement, the company said it was strange that AMCON is re-litigating an already settled matter.

“It is clear to AMCON that MRS was paying down on the loan and agreed to restructure the loan on agreed terms of N74bn. The said debt has since been fully settled. The terms of settlement was entered as Judgment of Court on June 29, 2015 in suit No.FHC/L/CS/1365/2015. MRS is shocked that in spite of having fully settled the debt, AMCON has decided to re-litigate an already concluded matter. MRS Holdings Limited understands AMCON’s statutory function to recover debts but by no stretch can this mean harassment of companies. AMCON has declared a new aggressive debt recovery drive. MRS has no problem with that but this does not give AMCON a licence to embarrass and harass companies.”

The company said it had taken notice of AMCON frivolous recovery cases against many companies on similar issues to MRS. Not surprisingly all the cases were dismissed by the courts. It said it would be taking legal advice “to clear its good name and bring necessary actions to seek damages for the embarrassment and damage caused the Company’s reputation and goodwill by AMCON’s publication and action.”
And this is where the problem lies. The questions that naturally follows are: Does AMCON even keep records of its cases? If it does it would have known the status of the MRS Holdings; why is AMCON always in a hurry to either liquidate or take over companies? Is there is a political angle to the whole thing?
Perhaps, NICON Holdings, owned by businessman, Jimoh Ibrahim, would have been taken over by AMCON but for the intervention of the courts. Presently, AMCON is running Aero Contractors, one of the nation’s leading airlines. But there is no evidence that it has turned the company to a better concern than it met it.

Experts recently stated that there is nothing wrong in companies owning banks or other concerns. According to him, that is what makes businesses grow all over the world.

“Someone has to owe someone,” he stated. “There is no big deal even if MRS is owing. But why should
AMCON be in hurry to wind down a company as big as MRS? Now, we are complaining that there are no jobs and even those who have are losing them. Yet, all AMCON is interested in is sending further tens of thousands to the labour market by winding down a company that is not in distress. By putting out these unnecessary wind-down notice, AMCON unwittingly damages the brand reputation and value of these companies the eyes of the public and banks may be unwilling to do business with such companies thereby further compounding  their recovery process.” At the moment many states can’t pay workers salaries, 27 of the 36 states of the federation have even been declared technically bankrupt. So the economic crises facing the country is not just affecting private sector even more so with the public sector.

Beyond this is the effect actions of AMCON can have on government’s drive for foreign investment. No investor will want to come to an environment where his business will be taken over by a government agency under the most ludicrous excuse. All over the world, businesses undergo difficult moments and through deft management moves, these are dealt with and profitability is restored. However, with the way AMCON is going, it might end on be in charge of all businesses in the country in the near future.