Amotekun is a child of necessity, says Yoruba Unity Forum 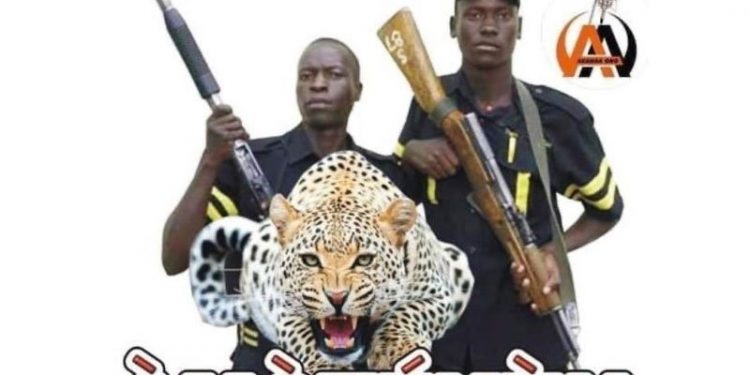 The Yoruba Unity Forum on Wednesday described the Southwest Joint Security Network known as ‘Amotekun’ as a child of necessity to reposition the region.

Speaking during a courtesy visit to the Governor’s Office in Osogbo, the state capital the Chairman of the Forum, Arch Bishop Ayo Ladigbolu, commended the Osun State governor, Mr. Gboyega Oyetola, on his contribution to the birth of the regional security operation.

He applauded the Oyetola administration for prioritising security of lives and property of the citizens, saying with the emergence of Amotekun, the South West region has become a secure haven.

He said Oyetola and his colleagues in the region had assured the Yoruba that the good old days were coming back, commending Oyetola for his performance in the last fifteen years.

He said his landmark achievements have proven that the governor’s campaign slogan ‘Ileri Oluwa’ had been fufilled in the lives of the people of the State.

He said: “We cannot forget to congratulate you and your brother governors on the successful establishment of Amotekun. This has rekindled our hope that the good old days are coming back. The good old days when the region can mobilise resources to take care of the people and the youth can organise themselves to engage in meaningful competition towards the protection of the region.

“So, we want to commend and thank you and other Southwest governors on this feat as we are assuring you to be part of foot soldiers for the development of our region and the country at large.”

He disclosed the Forum’s plan to shift focus on the youth by engaging them with conversations on the reminiscences of the glory and honour of the Yoruba nation.

In his response, Governor Oyetola commended the Forum for organising and engaging the youth who he described as leaders and future of the nation.

He thanked the forum for acknowledging the efforts of his administration towards the successful establishment of Amotekun, describing it as a child of necessity.

Oyetola, who explained the rationale behind the establishment of Amotekun, maintained that the critical security needs for the entire region which at that time was creating avoidable fear for intending visitors to the zone, necessitated the decision to create the security outfit.

“I would like to commend the entire Yoruba nation for standing up in support of the establishment of Amotekun. The support created an incentive and encouragement for it to stay. I assure you that Amotekun has come to stay and the entire zone is secure,” Oyetola added.

In attendance at the occasion, were the Deputy Governor, Mr. Benedict Alabi, Secretary to the State Government, Prince Wole Oyebamiji, Head of Service, Dr. Olowogboyega Oyebade, the Commissioner for Human Resources, Alhaja Latifah Giwa and the State Chairman of the All Progressives Congress (APC), Prince Gboyega Famodun among others.