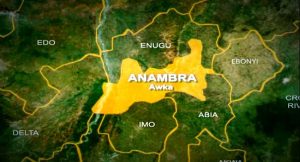 The Peoples Democratic Party (PDP) and All Progressives Grand Alliance (APGA) in Anambra State are at loggerheads over the November 6 governorship election.

The PDP has asked the APGA-led government to prepare its handover note ahead of time, but APGA described the former as ‘noise makers’.

A statement yesterday by PDP Publicity Secretary, Nnamdi Nwangwu, said the APGA controlled government has failed in all ramifications, and should prepare to handover to PDP ‘which is ready to give Anambra quality, responsible and responsive government’.

According to Nwangwu, no level of distraction would stop the people from showing the fraudulent APGA government the way out and hold it accountable for its actions.

Nwangwu lamented that the government touched everything good handed over to it with leprous hands, and relegated Anambra to a laughing stock.

He said: “Anambra had the best road network in Nigeria; all its towns and communities were effectively linked when leadership was handed over to APGA. But today, the roads are not maintained and new ones are not built.

“Anambra had the best primary healthcare delivery, with the highest accredited tertiary institution for training of health workers. All the senatorial zones had two or three accredited health centres, well equipped. But let APGA apologists tell us what has happened to the hitherto functional sector.”

But APGA Chairman Sir Norbert Obi said his party would not join issues with a ‘sinking ship’. He said the party was still mourning the death of its Publicity Secretary, Chinedu Nkwonta.

Obi urged PDP to focus on resolving its numerous court cases and other problems before talking of winning elections in Anambra State.

According to him, APGA was no longer a political party but a movement.