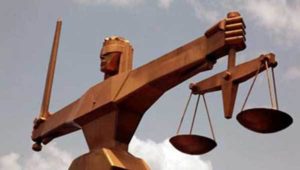 The Court of Appeal in Abuja Wednesday restored the powers of the National Assembly to reorder the 2019 general election to be conducted by the Independent National Electoral Commission (INEC).
Justice Ramat Mohammed of the Federal High Court in Abuja had in a judgment on April 25 this year, upheld a suit by Accord Party, to the effect that the National Assembly attempted to usurp the exclusive power of INEC by seeking to dictate the sequence of elections.

But in a unanimous judgment Wednesday on the appeal filed by the National Assembly, a five-man panel of the Court of Appeal, led by the court’s President, Justice Zainab Bulkachuwa, set aside the April 25 judgment by Justice Mohammed.

Justice Bulkachuwa, in the lead judgment, said the Federal High Court was without jurisdiction to hear the suit in the first place, because the suit was premature.

In his response to the judgment Wednesday night, Senate President, Dr. Abubakar Bukola Saraki, praised the appellate court for upholding the powers of the National Assembly to make laws for the country.

The court said the provision of a bill could not be challenged in court until it becomes an Act.

The appellate court was also of the view the plaintiff at the lower court, Accord Party, lacked the locus standi to institute the suit because the disputed provision of the bill did not affect the party’s rights or obligations as a political party.

The court said the “general interest” which is available to the public did not confer on Accord Party the rights to challenge the provision of the Electoral Act (Amendment) Bill 2018.

According to the judgment, the decision of the trial court in entertaining the suit amounted to a breach of the Doctrine of Separation of Powers.

The court consequently reversed the judgment of the lower court.

The court stated that the suit of the Accord Party on the legality of the powers of the National Assembly to reorder elections was an academic exercise because the party has no legal right to do so in the first instance.

Specifically, the Court of Appeal president said the Accord Party failed to establish how its rights and obligations were adversely affected by the bill to reorder election other than that of the general interest.

The appeal court further stated that a bill has no legal effect to expose it to being challenged on the basis of the violation of the constitution of the country, until it has been passed by the two chambers of the National Assembly and assented to by the appropriate authority.

“The constitution does not envisage that a suit would be filed to challenge a bill at the embryonic stage of legislation because it has no binding effect until it has been assented to,” Justice Bulkachuwa said.

On the position of the Attorney General of the Federation (AGF) that the controversial election reordering provision had been deleted by the National Assembly and thus the appeal overtaken by the deletion of the provision, the Appeal Court however disagreed.

It noted that the appeal had life in itself.