Atiku paying $90,000 monthly to American to give fake news –BMO 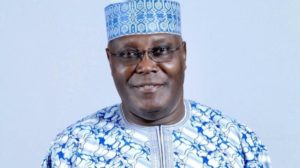 It alleged that the slew of fake news, especially on social media, targeted at the Nigerian military was the handiwork of Atiku and his media organisation.

The group stated that recent untrue claims of terrorists’ attacks on the military, desertion by police personnel, allegations of corruption scandals in the military hierarchy and the resurfacing of a 2014 claim by soldiers of lack of weaponry were sponsored fake news by the former vice president.

In a statement signed by Chairman, Niyi Akinsiju and the Secretary, Cassidy Madueke, BMO stated that the Atiku Abubakar Campaign Organisation resorted to sponsoring fake news when it had no campaign issues to bring forward.

The statement said, “Atiku Abubakar’s desperation knows no bounds; his recent move to sponsor narrative through fake news that paint Nigeria’s security personnel as weak and incapable of carrying out their duties is an example of the PDP candidate’s desperation and lack of patriotism.

The group stated that a recent report by an American firm making unbacked claims that the recently slain former Chief of Defence Staff, Air Vice Marshal Alex Badeh, was killed to hide corruption under the current Defence leadership was fake news and the handiwork of Mr Brian Ballard, the United States lobbyist Atiku procured at $90,000 a month.

“It is shameful that a former vice president of Nigeria would procure the service of an American lobby firm to sponsor fake news aimed at attacking the morale and credibility of Nigeria’s armed forces.

“In addition to this is the hiring of foreign trolls to man their online handles in a way that is against national interest. The aim is to destroy national institutions, including the INEC and cause confusion after realising that they had lost the contest even before the votes are cast.

“This goes to emphasise the fact that Mr Abubakar does not have Nigeria’s interest at heart and must be kept far away from the seat of power. The PDP has nothing to sell to Nigerians. It has a candidate who is notorious for corruption allegations and is distrusted across the globe; aside being the candidate of a party responsible for the pillage of Nigeria’s treasury.”

BMO also accused the PDP presidential candidate’s media handlers of lying when they claimed that President Buhari had a record of trafficking illicit funds.

“It is a blatant lie that Atiku Abubakar, as head of Customs at the Lagos airport in 1984 stopped the ADC of the then Head of State, Muhammadu Buhari, from smuggling in 53 suitcases of looted money.

“This is a matter that was settled back then. The suitcases were the personal belongings of the then Nigerian ambassador to Libya who was returning to the country after his tour of duty with his three wives and sixteen children.

“The late ambassador was coming into the country at the same time as the Emir of Gwandu whose son was General Buhari’s ADC and his suitcases were falsely presented to the public as those of the Emir.

“So from all indications, the suitcases which were cleared through Customs by soldiers had nothing to do with Buhari and there was nothing to suggest that illicit funds were being brought into the country.”

@@dailyrecordng
Previous Let IG retire for peaceful polls, PDP tells Buhari
Next I will be governor for everybody – Sanwo-Olu