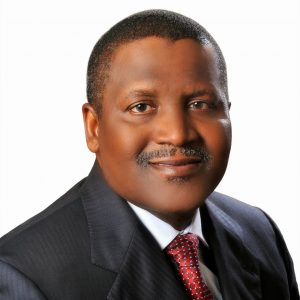 With the African Food festival replacing the Children’s Carnival, she said that Dangote Group stepped in as the pioneer sponsor of the event proving that the Group is truly committed in partnering all stakeholders for a better Nigeria.

Dr. Ayade said that the food festival is to bring together different cuisines in Africa as the continent is very rich in tasty cuisines. She added that through the partnership of the sponsors, cuisines from different nations have been gathered in Calabar and urged all present to savour the taste of the cuisines available.

In her welcome, the convener of African Food festival, Calabar, Senator Florence Ita-Giwa, said the food festival aims to unite all tribes in continental Africa through their respective cuisines. She said that the maiden food festival is to showcase African dishes and culinary skills adding Cross River State is very rich in dishes.

Ita-Giwa commended Dangote Group for its partnership which enabled the food festival to become a reality. She said that since the cessation of Children’s Carnival, Dangote Group stopped participating in Calabar Carnival but with the introduction of Food festival, the Group is back. She described Dangote Group as a leader in the food industry with subsidiaries as Dangote Flour, Dangote Sugar, NASCON and Dansa as proven leaders in their respective sectors.

The Convener also called on industries and investors to take advantage of the abundance of food and cuisines in Cross River and invest in the state. Investing in the state according to her will add values and create more jobs. Particularly, she called for investors to invest in food processing and preservative plants as the raw materials are readily available.

Participants in the food festival included the Republic of Benin and Ghana, Hausa, Ibo, Yoruba, Market Women, Cross River State and she promised the event will get better as the years go.

Leader of Igbo Women Association, Calabar, Dr. Franca Odigwe described the food festival as the first of its kind and innovative. She commended the sponsors and Ita-Giwa for conceiving the idea and enabling different tribes to showcase their culinary skills. The Igbo women prepared bitter leaf soup, ugba, ofe oha and other dishes which they gave participants to sample.

Mrs. Ajoke Oyeleye, President, Yoruba Women Association Calabar said the event has reawakened interest in traditional dishes and expressed readiness to participate in the next edition. On display at the Yoruba women stand included amala, ewedu,alibo, gbegiri as well as traditional dancers.

Hajia Fatima Abullahi, leader of the Hausa Women also commended the concept of African Food festival, saying it has given everyone a sense of participation in the Calabar festival.