Border closure effective only in South, difficult to enforce in North –Ex-Director, Ministry of Foreign Affairs 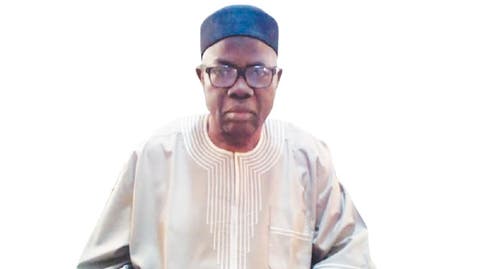 In this interview with ADELANI ADEPEGBA, a former Director of Trade and Investment, Ministry of Foreign Affairs, Ambassador Rasheed Akinkuolie, examines the issues around the closure of Nigeria’s borders

What is your assessment of the border closure?

Border closure is not something you do casually. You may close it, in case of a war, to prevent an incursion into your territory. But it is not the kind decision you take for the purpose of stopping smuggling.

How many borders are in the world? Maybe there are 5,000 country-to-country borders. So you get institutions that are well equipped to monitor the borders, but you don’t close them. You use surveillance cameras, drones, and other equipment or facilities because nobody can monitor a border 100 per cent, except you build walls.

In parts of Africa, where borders are very porous, like the Nigeria-Benin borders, for example, the Yoruba on the side of Benin Republic are not conscious of the modern border created by the British and the French. They have been trading for decades among themselves and smuggling is part of their business. You cannot stop it, but you can only minimise it by using intelligence to curb arms smuggling and other contrabands.

Are you saying the border closure was not well thought out?

It wasn’t well thought out. It was precipitous and sudden. They just said, “We are closing the borders tomorrow” and then they closed it. It is childish and it was borne out of a military mentality, which is still playing out in governance.

I was in London in 1983 when Major General Muhammadu Buhari took over power from the civilian government at the time. When the news filtered in that his regime was jailing politicians for 100 years, we all laughed. When we heard that the regime was planning to arrest Chief Obafemi Awolowo, I said that those boys were playing with danger. They overthrew Buhari shortly afterwards.

Closing the borders is not the best decision. Decisions like this should be taken with depth. People should come together and come out with a position, not that you just announce it overnight. The closure will not necessarily stop smuggling. If it stops it for a time, then you should put in place strong institutions that will address the problem.

Do you believe the closure has achieved its objectives?

I think the closure is getting too protracted. Four months, going to five months, is too long. You are dealing with sovereign states and no state can live in isolation. They need us and we need them.

When I was in Cameroon, domestic products manufactured in Nigeria were taken to Cameroon and petroleum products were being smuggled with the complicity of the gendarmes. It was business for Nigerians and the gendarmes. There is nothing you can do about it, especially in a situation where government agents are the accomplices of the smugglers.

You cannot win that kind of fight; you can only minimise it by ensuring there is a joint patrol team on both sides of the borders and also create a buffer zone. Any contraband caught should be impounded permanently.

Along the northern borders, the closure doesn’t make sense because there is a thousand routes that could be accessed by using donkeys. Any Customs or immigration official who fails to cooperate with smugglers on these routes may be risking his life.

Are you saying the closure is only effective in the south?

It is effective mainly in the South and difficult to enforce in the North. The people on both sides of the borders are the same. The Hausa in Nigeria are the same Hausa in Niger Republic. The Kanuri people in Nigeria are also on the other side of the border. Many Cameroonians are in the Nigerian Army, the Foreign Service and other institutions. They simply cross to their home towns on foot and they use the same market as their Nigerian neighbours. So, the closure is more effective in the south than in the north.

What is the implication of the closure for Nigeria’s relationship with other ECOWAS member states?

Nigeria needs ECOWAS because the francophone monetary zone is fully integrated by France. They have a customs union, a common currency and the same educational system. So it is the Anglophone countries that really need the ECOWAS to align with the Francophone countries. They can afford to pull out of ECOWAS and abandon Nigeria and that would be the end of the organisation and all the efforts made almost 45 years ago would just be lost.

It is not enough to have an ECOWAS parliament, ECOWAS court and all the other institutions if people are not benefiting from them. France’s military bases are protecting the Francophone territories. They don’t really need ECOMOG as long as you don’t interfere in their affairs.

I was in Cote d’Ivoire when the crisis in that country started and Nigeria wanted to help. I recall that the President sent two fighter jets to Abidjan, but France requested that the planes should be returned. Then French brought their troops and they were able to manage the crisis. So, the Francophone countries are still under the influence of France. They can afford to pull out of ECOWAS and Nigeria will be the worse for it.

Do you think the conditions given to Benin and Niger for the re-opening of the borders are fair?

One of the conditions is that a Trade Facilitation Committee, which will have the ministers of finance and trade of Nigeria, Benin and Niger as members, will be set up to promote intra-regional trade and to introduce sanctions against smuggling. Let us assume, for example, that a shipload of rice arrives in Benin, we know that they can’t consume it all. Those goods may not necessarily be coming to Nigeria because they also send goods to landlocked countries, such as Mali, Niger and Burkina Faso, through their ports. Their imports are not for Nigeria alone.

Nigeria needs her West African neighbours. So border closure decisions must be subjected to very deep debate by civil servants, experts and the National Planning Commission. Such decisions should not be taken by a small group of people only.

The government claims the closure has positively impacted the economy? Do you think this is true?

We are looking at the wrong side of the economy. The problem is the open market. Our market is open to all commodities that are competing with manufactured goods in Nigeria. A country that opens its market to all kinds of imported goods is bound to have serious issues with unemployment and poverty. The competition with foreign manufactured products has in the past three decades forced the exit of many thriving Nigerian brands and companies.

The list includes Michelin and Dunlop tyres, Berec and Exide batteries, Bata, Lennards, Clark shoes, the assembly plants of Volkswagen, Leyland, Peugeot Automobile, Steyr tractors, Annamco trucks and the textile mills in Lagos, Kaduna, Kano,  to mention a few among hundreds of local industries, which have gone down with hundreds of thousands of their workers.

The countries, which have developed their economies, rather opened their borders but closed their markets. India shut its market to all imported manufactured goods for several decades to enable the local industries to mature. The slogan buy ‘Made in India’ was enforced. The internal demands were initially met before the qualities were good enough to compete internationally.

Are you saying the current policy cannot grow the Nigerian economy?

Nigeria’s manufacturing industries can neither grow nor come out of the present economic miasma because of competition from other countries.

In the automobile industry, fully built cars have replaced the once-thriving Nigeria’s automobile industry. The Volkswagen series ( Bettle, Rio, Passat, Santana, Igala) were until the 1980s manufactured in Nigeria.  The Peugeot series, (305, 404, 504, 505) were official cars used by the President, ministers, government officials, and the general public. They were also exported to  West and Central African countries, whereas, at the time of their closure, most of them had achieved over 40 per cent local content components.

The oil refineries are not working and Nigeria, with a crude oil production of over two million barrels a day, imports petroleum products. This is most incredible, ironical and absurd.

Do you think that stopping the supply of petroleum products to border communities in the country check smuggling?

Those involved in smuggling are Nigerians. I lived in Cameroon for three years and in Buoya, there were no petrol filling stations. The residents bought petrol from roadside sellers.

If our refineries were functioning, we could sell fuel to people living in Cameroon and Benin Republic just like we sell power. It is painful when you import fuel at great cost and some people smuggle it out.

Most of the people in Francophone countries use motorcycles, the car is not a priority for them. The right thing is to sell fuel to these other countries officially. By refining products abroad, we are empowering foreign countries. Turkey has no oil, but it has 27 refineries because oil refinery is big business for the authorities. They import crude oil, refine and sell to other countries.

Our refineries were built in 1976 or thereabouts, yet they are not functioning. What they are doing in the Niger Delta is distillation and it is useable. We can distill all the fuel we need in Nigeria, but racketeering will not make it work.