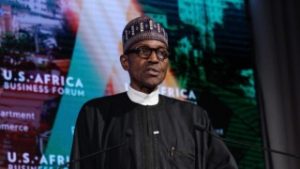 President Muhammadu Buhari has sent the names of non-career ambassadors to the Senate for clearance and confirmation as ambassadors.
This was revealed at the Senate plenary on Thursday.
Forty-six persons made the list.
Among them are a former Speaker of the Lagos State House of Assembly and former Senator, Olorunnimbe Mamora; Musa Ibeto; and former Minister and former Deputy Governor of Plateau State, Pauline Tallen.
There were indications two weeks ago that the Senate was waiting to clear the non-career ambassadors before releasing of those who scaled screening among the career ambassadors, who have since been screened.
More details on this news website soon.