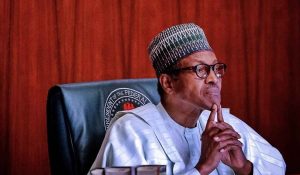 President Muhammadu Buhari at the weekend in Abuja received the president-elect of Guinea Bissau, Mr. Umaro Embalo, and prayed for stability, peace, progress and prosperity of the entire West African sub-region.

A statement by a presidential spokesman, Malam Garba Shehu, said Embalo came to Nigeria on a “thank-you visit” to Buhari and to express his “good wishes” following his emergence as the winner in the keenly contested, just-concluded elections in his country.

Shehu said Buhari noted that “without stability, there can be no development. We will do whatever it will take to stabilise the sub-region.”

He said Buhari also commended the out-going president, Mr. José Mário Vaz, who was also a candidate in the elections for supporting the emergence of Embalo in the second round of balloting “in the interest of peace and stability.”

He said history would remember President Mario Vaz for putting national interest above his own, emphasising that he cared for peace within the region.

The president expressed his desire for both countries to work together for the betterment of their peoples and reiterated his vision for peace, progress and prosperity in West Africa.

Embalo, a businessman-turned politician, was Prime Minister of Guinea Bissau under incumbent President Jose Mario Vaz between 2016 and 2018. He was a member of the ruling African Party of Independence of Guinea and Cape Verde (PAIGC) when he founded the Movement for Democratic Alternative (MADEM-G15) on which platform he won the elections.

He praised Buhari for his support leading to his emergence as winner in the elections and expressed his appreciation for the warm and friendly disposition of Nigeria towards him and the people of his country.

He informed the Nigerian leader of his selection as the guest of honour at the presidential inauguration coming up next month and for which he received assurances from Buhari that he would be present.