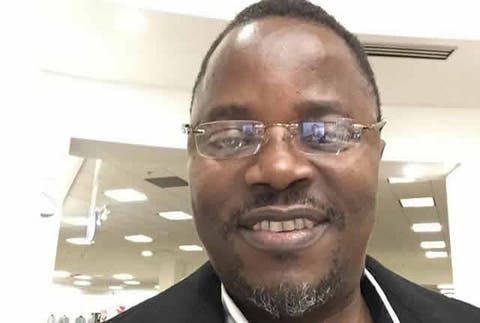 It’s one of the most amazing creatures in nature, though fear, cunning and deathliness rule its world. The weak don’t call its name in vain, especially at night. It runs, swims and even jumps when extremely necessary. The exquisite embroidery on its skin is the product of painstaking hypertech symmetry. Its oblong head, glassed eyes, obscure nose, pronged-teeth, thready tongue, tapering body and a brief tail bespeak the physical architecture of the ultimate, solitary killer. It’s the snake.

The snake, like Nigeria’s political class, evokes fear, hate and the capacity to do the unbelievable. How the small mouth slits open to swallow a kill bigger than its head is a wonder to behold. The journey of the kill from the mouth through the narrow neck to the stomach tunnel is indescribable. Some people don’t find it funny when the legless creature creeps on sight, moving with the aid of the friction its underbelly makes with the ground. What a clever, evasive, slithering, slender soul! Are there similarities between the snake and Nigeria’s political class? I don’t know. But I know both were created by God with the same clay.

Were it not so, the Federal Government headed by Major General Muhammadu Buhari (retd.) won’t schedule an increase in electricity tariffs at a period when power supply is as scarce as hen’s teeth. Were it not so, Buhari won’t call on Nigerians a few days ago to stop going abroad for medical treatment when he himself is a regular pilgrim to overseas hospitals. Were it not so, the Department of State Services won’t arrest and detain an innocent Nigerian, Anthony Okolie, over a false allegation that he HIJACKED the telephone line of Buhari’s lastborn, Hanan.

Of the 7.7 billion global population, a BBC report in 2013 said 1.2 billion are Catholic faithful. The leader of the Catholic Church worldwide, 83-year-old Pope Francis, recently showed that he was mortal, after all, when he lost patience during a Mass on New Year’s Eve. The Supreme Pontiff slapped off the hands of an unidentified woman, who suddenly grabbed his right hand when he was greeting adherents at the Nativity scene on Saint Peter’s Square, Rome, almost causing him to fall.

Admitting his short-temperedness, the Pope, before celebrating Mass in the New Year, apologised for his action the previous day, saying, “We lose patience many times. It happens to me too. I apologise for the bad example given yesterday.” To further show his contrition, the Pope, during his first Mass in the New Year, said, “Every form of violence against women is a blaspheme against God, who was born of woman.” He declared women as ‘the source of life’ and stressed that they ‘(are) continually insulted, beaten, raped, forced to prostitute themselves and to suppress the life they bear in their womb’.

The Pope realises the sacredness, enormity and importance of his responsibility to not only the Church, but to humanity – hence he was quick to disembark from the temperamental high horse and offer profuse apologies. Pope Francis wasn’t made with the same clay as the snake and Nigeria’s political class. Though human, Pope Francis is godly.

The Federal Government flickered a snaky tongue penultimate Friday when the Minister of Science and Technology, Dr Ogbonnaya Onu, announced that Nigerians should stop going abroad for medical treatment. Onu had represented Buhari at the inauguration of projects at the Alex Ekwueme Federal University Teaching Hospital, Abakaliki, Ebonyi State. Nothing but wholesome wickedness, heinous hypocrisy and abominable arrogance could make Buhari deny others what he enjoys, and yet come out publicly to exhibit his callous insensitivity.

In December of 2014, I attended the All Progressives Congress presidential primary at the Teslim Balogun Stadium, Lagos. It was an all-night political spectacle that had Buhari, former Vice-President Atiku Abubakar, then governors Rabiu Kwankwaso and Rochas Okorocha, and publisher Sam Ndah-Isaiah, vying for the coveted ticket to confront incumbent President Goodluck Jonathan. Buhari was the favourite; tall, slim, taciturn and promissory. I watched his body language closely as he moved meekly around the stadium, greeting his teeming admirers and consulting with various state delegates in the stands, amid relaxed security. He was accessible. He shook hands with everyone, poor folks inclusive.

About six years after I encountered Buhari in Lagos, he’s still tall, slim, taciturn but the promise has evaporated like dew at dawn. In place of the promise, there’s a growing corruptive indulgence in the family and regime of Buhari. Firstly, Hanan had whined into the waxed ears of the Yusuf Bichi-led DSS. Like a child that she is, Hanan, who was studying abroad, got her complaints to Bichi that her Nigerian phone line was being used by another person. Ostensibly, the telecoms company, whose service she used, had reassigned her line to a new buyer when she didn’t use it for a long time. She, however, genuinely became disturbed when friends probably called to tell her that a male voice picked calls to her former line whenever it was called. Even in the US, telecoms companies reassign unused lines to new buyers, you only have to inform callers of the old user that the line is now in the possession of a new subscriber.

Instead of Bichi and his wanton boys to conduct a simple routine call log check with the telecoms company in question, the DSS jumped into a convoy of cars and raced from Abuja to Asaba to arrest Okolie, who had innocently bought Hanan’s SIM card from a licensed retailer and got a receipt to boot. Okolie spent 70 days in the Abuja cell of the DSS for an offence he never committed and instead of the misused DSS to apologise to Okolie, he was coerced to sign an undertaking that he won’t sue the lapdog security agency before he was released.

While the DSS had become the official footstool of Hanan with their brainless display of sycophancy, the nation’s Air Force also became an errand tool in the air, flying her in a presidential jet across the country for personal engagements that included peeping into a camera and telling guests to say ‘cheese’. Ironically, the US, whose presidential system Nigeria claims to practise, doesn’t abuse public office the way our presidency and legislature do. According to a Congressional Research Service report, when a serving US president embarks on an official assignment, the state foots all the bills, including those of his staff. But if a trip is political or unofficial, the president and his staff have to pay for their own food and lodging and other related expenses. Also, they must reimburse the government with the equivalent of the airfares that they would’ve paid had they used a commercial airline.

I watched online video of the clinical drone technology deployed by the US to squish Iranian security chief, General Qassim Soleimani, and his convoy in Iraq – three days into the New Year. I followed the threats issued by Iran against the US after the killing and the unfortunate retaliatory downing of a Ukrainian airline suspected by Iran to be an American spy plane, in Iran. I shuddered at the thought that if Nigeria’s security apparatchik can’t handle the simplistic Hanan vs Okolie telephone issue, what will the government do if faced with the Iranian situation?

Later, my mind wandered back into the recent past. I wondered if the Soleimani treatment was similar to the kind of military intervention President Jonathan allegedly turned down from British Armed Forces on the heels of Boko Haram kidnap of over 220 Chibok girls on April 14, 2014? I wondered if Leah Sharibu would’ve been with her parents today if Jonathan didn’t go to bed when Boko Haram went to work.

I wonder if Nigeria won’t be a better country if Buhari stopped indulging corruption in his family and cabinet. I wonder.

@@dailyrecordng
Previous Border closure effective only in South, difficult to enforce in North –Ex-Director, Ministry of Foreign Affairs
Next I Never Urged Buhari To Foist Successor On Nigeria- Bakare