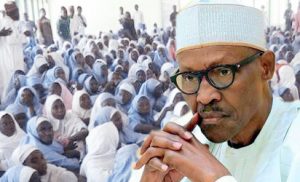 In a statement by its National Publicity Secretary, Kola Ologbondiyan, yesterday, the party described as iniquitous the statement by the president in which he compared the response of his government to the abduction to that of former President Goodluck Jonathan to the abduction of the Chibok schoolgirls in 2014.

The party said it was shocked that Mr. Buhari made the statement right before grief-stricken parents of the girls.

The PDP said the President’s comparison incident s appeared to be “pregnant with meaning, especially in the face of pervading speculations and conspiracy theorems that trailed the Dapchi abduction and its associated conflicting reports.