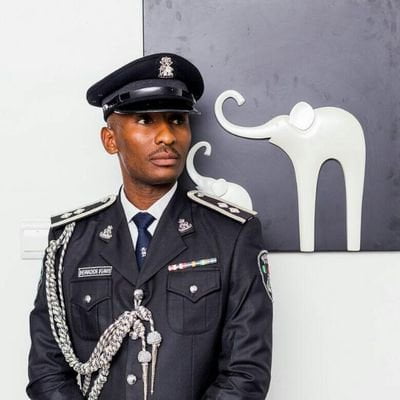 The Deputy Public Relations Officer, PRO, of the Lagos State Police Command, Iheanachor Omuta, has lamented the rate at which officers of the Nigeria Police Force extort Nigerians.

Omuta called on members of the public not to relent in reporting such cases to higher authorities in the force.

The Deputy PRO, sharing his mobile phone online, urged Nigerians to call him whenever Police officers attempt to extort them.

Omuta cried out that complaints of continuous extortion of Nigerians by operatives of the police force was becoming unbearable.

He added in pidgin English, “I don talk am before, I wan talk am again.

“My country people abeg if any police wan harass una, make una no gree give anybody any money until una call me 08036994334 because dis tin don too much.”

The United States Government has seized about $6.1 million belonging to Nigeria after a hired …