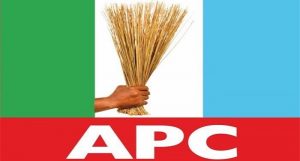 The attention of the true progressives has been drawn to a recent publication on social media by some untoward elements against the person of two of the most respected leaders in Abeokuta North Local Government Alhaji Ajao Okedara and Honourable Adekunle Adeshina. The said report is nothing but complete falsehood and empty emotional and character blackmail.

Alhaji Bakai Okedara and Honourable Adeshina that were reported to have gone ahead to influencing and inciting leaders with money for the sole aim of securing the ticket for one of the aspirants is the handiwork of some elements of the party and cabal within the local government and government circles who are hell bent on seeing that one of the aspirants emerge as the APC flag bearer against the wish of the majority of the leaders and the members of the party.

For the avoidance of doubt, both leaders mentioned in the unfounded allegations are men of repute who have enjoyed the confidence of the Governor Prince Dapo Abiodun and who have become the conscience of character for many and are a rallying point in the local government. And to imagine that the same persons are now being portrayed in bad light shows the extent of desperation of these evil elements within the fold.

It will thus be advised that the calmness and candor with which the politicking in Abeokuta North has been conducted over the last couple of month before the timetable was released be allowed to continue and the peace and tranquility be upheld. Caution and wisdom is thus profitable to direct and the desperate few should tow the line of honour and allow the wish of the people to prevail.

We must never allow external elements and influences dictate our collective patrimony, the Local Government belongs to people of Abeokuta North and the decisions as to who leads them at the local government shouldn’t be that of a cabal who have constituted themselves as demi-gods and wanted just their way or no way. Democracy is all about the peoples’ will and not the will of a cabal.