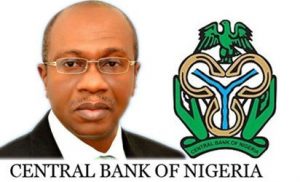 Nigeria’s central bank has appointed 15 of its commercial lenders as primary forex dealers, as the naira tumbled 30 percent after it lifted its peg on the currency,

CBN sold $46.5 million on the interbank market at 281 to 285 naira to the U.S. dollar, on the first day of market trading after its currency peg was removed, Thomson Reuters data showed.

Earlier, the central bank sold $532 million at a special auction aimed at clearing some of a mounting backlog in demand for foreign exchange, after banks were slow to begin trading due to tight foreign exchange liquidity.

Meanwhile Nigeria’s interbank overnight rate climbed to 15 percent on Monday from 2 percent, after the central bank debited the accounts of commercial lenders to cover hard-currency purchases.

Nigeria’s naira slumped 30 percent against the dollar on Monday after the central bank removed its currency peg in an effort to alleviate the chronic foreign currency shortages choking growth in Africa’s biggest economy.

The central bank sold $530 million for 280 naira per dollar at a special auction and later sold a further $86.5 million directly on the interbank market at 281 to 285 naira, traders said.

Monday’s rate was notably weaker than the 197 peg the central bank had maintained for 16 months before abandoning it last week.

Black market currency dealers were quoting the naira at 325 to 345 naira to the dollar, up to 10 percent stronger than on Friday, on expectations more hard currency liquidity on the interbank market would reduce demand on the street.

@@dailyrecordng
Previous IPOB: Let There Be Peace In Abia
Next Naira crashes to 288/dollar at new official market