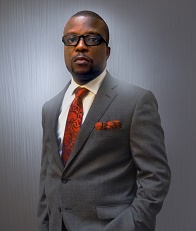 The Board of Directors of leading African financial institution; Coronation Merchant Bank limited has announced the appointment of Banjo Adegbohungbe as an Executive Director and Chief Operating Officer of the Group. He will be responsible for the Operations; Information Technology; Digital Channels and Administrative Divisions of the bank and its subsidiaries.

Announcing the new appointment, the Chairman of Coronation Merchant Banking Group, Mr. Babatunde Folawiyo stated that: “As a Bank, we maintain high corporate governance standards and ensure that Board appointments are in line with global best practices and industry standards”. He further stated, “Banjo brings to us a rich portfolio of experience garnered over the years in various leadership capacities. He could not have joined us at a more promising time in our journey to become Africa’s premier investment bank. I am confident his appointment will further strengthen and position the group for improved performance”.

Prior to joining Coronation Merchant Bank, Banjo served for over eleven years at Access Bank Plc. in various leadership capacities including Group Head, Global Trade; Group Head, Global Payments and most recently Group Head, Corporate Operations. He began his career in Citibank Nigeria (formerly Nigeria International Bank Ltd) in April 1993 and rose through the ranks to become an Assistant General Manager in charge of the bank’s Trade Operations – a position he occupied before joining Access Bank in March 2007 as a Deputy General Manager. In 2011, he was promoted to General Manager, a position he held until his recent appointment as Executive Director/Chief Operating Officer of Coronation Merchant Bank.

Banjo holds an MBA from the International Institute for Management (IMD), Switzerland and is an alumnus of Obafemi Awolowo University, Ife where he earned a B.Sc. in Mechanical Engineering. He is an Honorary Senior Member of the Chartered Institute of Bankers and has also attended several executive management and banking specific developmental programs in leading educational institutions around the world.