‘Coronavirus outbreak is getting bigger’ – WHO 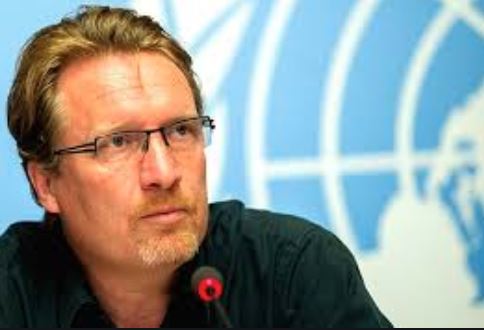 The rapid rise in coronavirus raised fears of a pandemic on Friday, with five countries reporting their first cases and the World Health Organisation (WHO) warning it could spread worldwide.

World share markets crashed again, winding up their worst week since the 2008 global financial crisis and bringing the global wipeout to 5 trillion dollars.

Hopes that the epidemic that started in China late last year would be over in months, and that economic activity would quickly return to normal, have been shattered as the number of international cases has spiraled.

“The outbreak is getting bigger,” WHO spokesman Christian Lindmeier said this in Geneva.

“The scenario of the coronavirus reaching multiple countries, if not all countries around the world, is something we have been looking at and warning against for quite a while.”

Switzerland joined countries banning big events to try to curb the epidemic, forcing the cancellation of next week’s Geneva international car show, one of the industry’s most important gatherings.

The U.S. asked its military in Saudi Arabia to avoid crowded venues including malls and cinemas.

But as the outbreak eases in China, it is surging elsewhere.

Five more countries have reported their first case, all with travel history connected to Italy.

They were Nigeria, Estonia, Denmark, Netherlands, and Lithuania, Lindmeier said.

Countries other than China now account for about three-quarters of new infections.

Bulgaria said it was ready to deploy up to 1,000 troops and military equipment to the border with neighboring Turkey to prevent illegal migrant inflows.

It said it would not allow massive inflows at a time when it is stepping up preventive measures against the coronavirus. It has not reported any cases.

A Chinese official called the epidemic the most difficult health crisis in the country’s modern history.

Another said some recovered patients had been found to be infectious, suggesting the epidemic may be even harder to eradicate than previously thought.

Lindmeier said the WHO was looking very carefully into reports of some people getting re-infected.

In Europe, France’s reported cases doubled, Germany warned of an impending epidemic and Greece, a gateway for refugees from the Middle East, announced tighter border controls.

The death toll in Italy, Europe’s worst-hit country, rose to 17 and those testing positive increased by more than 200 to 655.

Germany has nearly 60 cases while France has about 38 and Spain 23.

Iran, Italy, and South Korea were at a “decisive point” in efforts to prevent a wider outbreak, the WHO said.