COSTOMER DRAGS FCMB OVER N7M STOLEN FROM HIS ACCOUNT 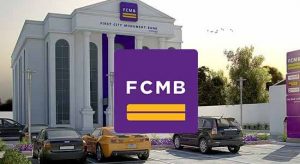 LAGOS – The advent of technology that seems to have reshaped the nation’s banking sector in the quest to meet up with its peers all over the world has created issues and has always made it easy for money belonging to customers disappears from their accounts.

In the past all the banks had to do was to lock up the funds in highly secured vaults. It was always a tough job for the bank robber to reach them, secured by all manner of metallic barriers and human guards.

That’s why they would often target the bank tellers or hope to march the branch manager to lead them to the vault. Even here banks often had measures to make it a most onerous task.

All that has changed in the digital era as criminals can breach the computer systems of financial institutions to reach the digital equivalents of the good, old vaults, and move large sums of money that would’ve made the bank robbers of old quite envious.

A customer of First City Monument Bank (FCMB) who has an account with the bank at the Aba Road by GRA branch of the bank in Port Harcourt, Rivers State Port Harcourt is asking the bank to refund his N7 million which was taken from his account digitally within three days.

The customer of the bank, who preferred to be called George Braide to maintain some confidentiality due to an ongoing police investigation, said what he first noticed on a Saturday early July 2022 was that his MTN phone line was no longer working and he went to an MTN service centre to log a complaint.

Then he began to wonder if something had gone wrong with his linking of his phone line to his national identity number which caused it to be suspended, as he had heard other people complain.

Because he was able to continue using his WhatsApp to make calls and reach people, the incentive for immediate rectification wasn’t there. So, he waited until early Monday morning to go to an MTN office to find out what had gone wrong with his phone line.

Braide, the 60 year old retiree, after reporting the incidence of phone blockade at the MTN office was told that his phone had no issue that could warrant the blockade and his phone was subsequently unlocked.

After the phone was unlocked, and on his way to his car, messages started pouring in. There were multiple transfers to Opay accounts, binge purchases and all manner of withdrawals from his account starting from Saturday morning when his phone first went off.

Then the climax was the transfer of N4 million from the account done just that Monday morning, probably while he was to the MTN office. In all N7 million was withdrawn from the account that has his retirement benefits between Saturday morning and Monday