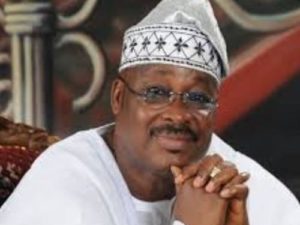 The Court of Appeal in Ibadan on Thursday reserved judgement in an appeal by Sen. Abiola Ajimobi challenging the verdict of the Election Petition Tribunal on the Feb. 23 National Assembly Election for Oyo South.

The News Agency of Nigeria (NAN) recalls that the Election Petition Tribunal had upheld the victory of Sen. Kola Balogun (Oyo South) in the Feb. 23 National Assembly election.

The Justice Haruna Samani led three man panel, which has Justices Okoronkwo and Ojo as members, told counsel for both the appellants and respondents that judgment would be communicated to them at a later date.
The panel of justices reserved judgment after adoption of the written addresses of the appellants; the All Progressives Congress (APC) and Ajimobi whose legal team was led by Chief Akin Olujimi (SAN), and respondents: the Independent National Electoral Commission (INEC), Sen. Kola Balogun and Peoples Democratic Party (PDP).

He further argued that the National Assembly Election Tribunal did not properly evaluate the evidence brought before it before delivering judgment in the petition.

However, counsel to the INEC, Balogun and PDP respectively refuted the claim by the appellants stressing that the tribunal through due diligence examined all evidence tendered before it.

They added that the issue raised on the primary election of PDP lacked merit as being proposed by the appellant as the basis for nullifying the candidature of Balogun, the second respondent.

NAN recalls that the result of the Feb. 23 election as declared by INEC indicated that Balogun won his closest rival, Abiola Ajimobi of the All Progressive Congress with a vote difference of 13,502.