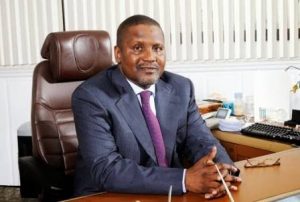 The Dangote Subsea Gas Pipeline Project is expected to unlock significant gas supply for industrial activities and considerably reduce flaring in Nigeria. The pipeline project is part of Dangote’s multi-billion dollars’ gas pipeline, fertilizer, petrochemicals and refinery projects.
Regarded as the largest sub-Sea pipeline infrastructure in the world, the 1,100 kilometres gas pipeline is capable of handling 3 Billion Standard Cubic Foot (Scf) of gas per day.
One of its many derivables is that it will help feed the company’s Fertiliser plant and will connect the Niger Delta to the Lekki free trade zone (LFTZ) in Lagos.
The subsea pipelines are expected to create a corridor for evacuation of trapped gas from offshore platforms in Nigeria to allow the monetisation of the product.
Most of the associated gases produced offshore in Nigeria are currently being re-injected or flared; hence the Dangote strategy is to utilise the gas.
For decades, Nigeria has been accused of polluting the atmosphere by flaring gas while the country itself has been facing shortage of gas, therefore the pipeline facility is expected to reduce the quantity of gas flaring in Nigeria and increase government revenue.
According to the company, the building of the subsea pipeline & processing facilities will be achieved on time, on budget, and it will ensure the facility is capable of achieving operating objectives, which can be operated economically over its entire life span.
Enumerating benefits of the pipeline project, the company stated: “The pipeline project will make gas readily available for commercial use; nullify the need for future gas import; lead to diversification of Nigeria’s economy; increase government revenue (and meet demand for domestic petrochemical products); ensure an increase in FX from exports, and the creation of thousands of direct and indirect jobs.”
The Group Executive Director, Strategy, Capital Projects & Portfolio Development, DIL, Mr. Devakumar Edwin, described the pipeline as the largest subsea pipeline infrastructure in the world. “Our target of pipeline infrastructure is to handle three billion scf per day and this is all offshore gas that we shall trap and cap.”
He said gas would be trapped for electricity, which is a sore point for manufacturers, in addition to other by-products of the refinery used in the petrochemical industry to drive industrialisation.
Edwin said the Gas Pipeline Project would guarantee uninterrupted power supply within the Dangote Refinery and Petrochemical Plants on completion, which he said would also positively increase the Nigeria’s Gross Domestic Project (GDP).
He further said the projects would attract other bigger investors into the Lagos Free Zone, and added that the projects would benefit the local communities, as many  people in the catchment area would be employed, while others people would be trained.
“Our target is that in the next five years or so from now, we hope and we believe that half of Nigeria’s crude will be refined and exported rather than just exporting crude to go and create jobs elsewhere,” he stated.
Speaking on the benefits of the refinery, Edwin said the asset creates a market for $11 billion per annum of Nigerian crude and can meet 100 per cent of the Nigerian requirement of all liquid products.
“The Dangote refinery, which is designed to maximise petrol output, will produce enough to allow for a small surplus of that fuel for export. It will also be able to send a large volume of diesel and jet fuel to international markets,” Edwin added.
The company plans to export its diesel to Europe and gasoline to Latin America, Western and Central African markets, after satisfying local consumption needs, he noted.
“We are thinking of investing in vessels. We want to make sure we are not held for ransom by any transport operators. Africa’s largest oil refinery will deliver its fuels to Nigerian consumers via roads and sea ports, and will effectively replace all of Nigeria’s fuel imports once fully operational,” Edwin concluded.
Share