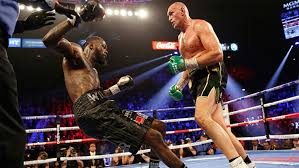 Fury won the world title for the second time, with a seventh-round stoppage of Wilder on Sunday morning.

Wilder had previously never lost in his career.

Their first bout ended in a draw.

Wilder has the contractual right to demand a third fight, but Warren now wants to see Fury take on fellow Brit Anthony Joshua, in a world heavyweight title unification fight.

“The stumbling block is that he [Joshua] has to fight Pulev. If I was him I wouldn’t fight Pulev, I would even vacate the belts to get the fight with Tyson on.