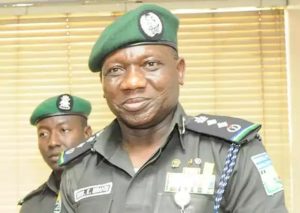 By Alex Enumah in Abuja

The police spokesman, Jimoh Moshood, explained that the security operation would be coordinated by the Deputy Inspector-General of Police, Operations, Joshak Habila, who would be assisted by an AIG and eight CPs.

“Four unarmed policeman and two others from other security agencies will be on duty at each voting point throughout the state.

“The DIG, Department of Operations has been deployed in the state and already on ground. He will be assisted by an Assistant Inspector-General of Police and eight Commissioners of Police and other senior officers. Each of the eight police area commands in Osun State will be manned by a Commissioner of Police,” the statement said.

As part of measures to ensure a credible election, Moshood said the IG will today attend a stakeholders and peace accord meeting with Independent National Electoral Commission Chairman and officials, 48 political parties participating in the election and their torchbearers, election observers and other accredited stakeholders in Osogbo, Osun State.

He warned against vote-buying, adding that the force would deal with anyone found engaging in the criminal act.

“Security agencies have been trained to deal with in accordance with the law anybody or group, agents of political parties or their sponsor(s) who engage or attempt vote-buying and selling during the election,” the police warned.(i) 08037025670 (ii) 08037160989 (iii) 08033415589 (iv) 08032451594.
The statement also warned security personnel not to escort their Principals and Politicians to polling units and collation centres during the election, stressing that any erring security detail will be apprehended and dealt with accordingly.
According to the statement, “All the 48 participating Political parties participating in the election and their leaderships and supporters, Traditional rulers, Community leaders, parents and Guardians are advised to seriously warn their members, supporters, subjects, children and wards to be law abiding and not allowed themselves to be used to cause disturbance of the peace or disruption of the election/electoral process anywhere in the State.

“The full weight of the law will be applied on any person or group of persons found violating the electoral act or indulging in any criminal conduct capable of causing violence before, during and after the election.