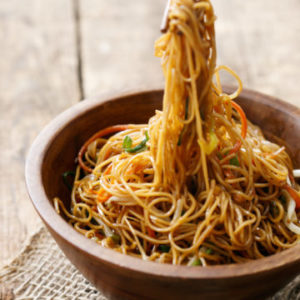 Dufil Prima Foods has acquired May and Baker noodles factory for N775m.

The Financial Adviser/Solicitor of Dufil Prima Foods, Nnenna Ejekam, was quoted in a statement as saying that the acquisition was completed following the approvals by the boards of directors and shareholders of the two companies and the Securities and Exchange Commission.

She said that the deal worth N775m automatically gave Dufil the ownership of the M&B’s noodles factory in Ota, along with the equipment and the trademark of Mimee instant noodles.

The Chief Operating Officer of Dufil Prima Foods, Mr. Girish Sharma, was reported to have confirmed the deal and described the acquisition of Mimee noodles as strategic.

“We are pleased to announce this transaction, which delivers immediate value to our current shareholders and reflects the successful alignment, partnership, and commitment of our board, employees and suppliers,” he said.

In November 2017, Dufil Prima Foods acquired plants of Dangote noodles, a subsidiary of Dangote Flour Mills Plc, for N3.75bn, the statement indicated, adding that the deal gave Dufil the ownership of Dangote noodles factories in Ikorodu and Calabar.

improve on the distribution of their products.

The firm’s Director and Lead Digital Advisory Team, West Africa, Mr. Dapo Adewole, gave the advice while speaking with our correspondent on the sidelines of a recent Ernst and Young Consumer Product and Retail Sector breakfast meeting.

The event held in Lagos had its theme as ‘Leveraging digitalization in today’s cost optimisation and operational efficiency agenda’.

Adewole said that digitalization would help consumer goods producers to improve revenue and save cost.

He described distribution as a very important part of the consumer goods and retail sector, adding that it was currently one of the largest tasks in getting goods to the end consumer.

He said, “They have been using the traditional means and we believe digital platform can enhance saving and distribution. Also, operation is ineffective at the moment and we think digitalization can be used to improve the efficiency of operations.”

He added, however, that firms should combine both the traditional and digital means in their distribution efforts. “We are saying, use digital means where it can be applied,” he said.

Adewole said that the benefits of digitalization when applied to distribution would be evident in revenue enhancement, cost saving, productivity of workers, improved customer experience and product adoption.

“If you are able to invest in digital means, we believe that people will adopt your products more; you will also make money and save costs,” he said.

He however warned that firms should not adopt digital systems that would make it difficult for consumers to have satisfaction, adding that the digital process should start from the top management of the firm to the lower ranking employees.