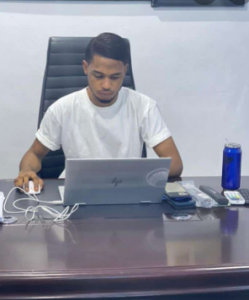 As Nigeria grapples with unemployment, poverty and other challenges, it is cheering that e-commerce platforms are opening up opportunities for youths in the country to explore their talents and thrive as a recent report points to job creation as the largest benefit of Africa’s growing digital economy.
Alerzo, a business to business e-commerce firm which commenced operations less than three years ago is truly making impacts especially in this regard as it directly employs more than 3,000 youths in its operational chain.
With its presence in different parts of the country including rural areas, the tech firm which allows local retailers to improve their businesses and become profitable and thus encourages them to hire more staff to support their production and/or distribution activities, assured of its continuous impacts on local businesses and support of government’s job creation efforts by employing young talented youths.
In Kano for example where it also operates, the company is helping many youths including retailers, as they have testified of the emergence of Alerzo bringing  them good tidings.
Notably, Kano state is one of the 36 states of Nigeria, located in the northern region of the country. In 2016, the National Bureau of Statistics reconfirmed Kano as the largest state in Nigeria by population. Nearly half of the population are between the ages of 15 and 54 years.
With its diverse economy and having established itself  as a center for industry, agriculture, and islamic banking, Kano is the second-largest industrial centre after Lagos state and the largest in Northern Nigeria.
Despite its industrial ranking the state’s unemployment rate was at 31.2 percent as of Q4 2020, according to statistics. Through its N-Power programme, the Federal Government was reported to have employed over 16,000 youths in the state in the first quarter of 2022.
A youth in the state, Nura Muhammad who is part of Alerzo business development team, did say: “We thank God that the arrival of Alerzo in Kano has brought many opportunities. In addition to the joyful expressions of the customers, the young people of Kano are benefitting from the presence of Alerzo as a result of the employment opportunities it has created.
“Several Kano youths are now working because of Alerzo. We are happy that Alerzo has come, everyone here is happy; not only the customers, even the retailers and wholesalers. The youths of Kano are entirely happy with Alerzo; it is our hope that the company will continue to thrive.”
Share