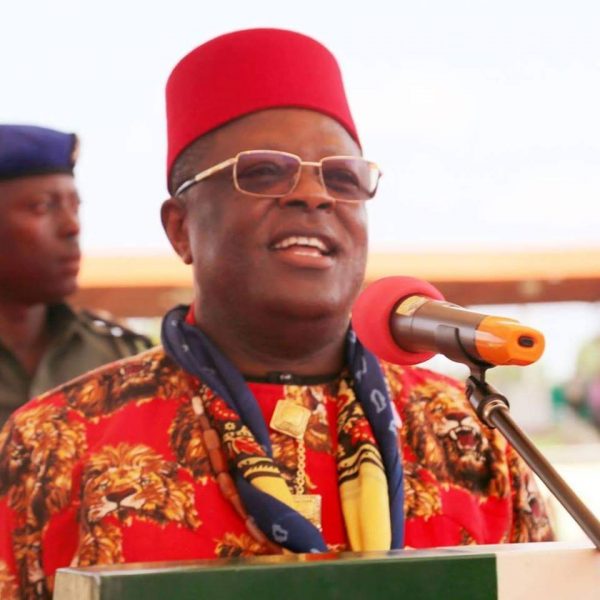 Ebonyi State Gov. David Umahi says the Oct. 31 order banning political parties from holding rallies in public schools in the state without approval does not preclude his own party, the All Progressives Congress (APC).

The order which took effect on Nov.1 elicited diverse reactions from the public with some political stakeholders wondering if the APC would be affected by its provisions.

Commissioner for Information and Orientation, Mr Uchenna Orji dismissed such apprehensions on Saturday at Abakaliki when he spoke with newsmen.

He said all political parties were bound by the provisions of the order designed to protect pupils, students and staff that use the schools.

“The apprehensions should be allayed because even in civilised societies, there are conditions attached to political parties holding rallies in public facilities.

“We should correct the earlier insinuations that the order banned political parties from ever holding rallies in these facilities.

“All political parties, including the ruling APC, must secure approval from relevant authorities to use the schools and other public facilities,’’ he said.

The commissioner noted that securing the lives and property of the people was paramount to the government and should override all personal interests.

“Holding political rallies in schools ordinarily puts the security of pupils and students at risk because they are vulnerable.

“Since parents are not with the pupils and students while in school, anything can happen.

“We have security reports that gunmen may attack schools during campaigns, so the order was a proactive step to forestall such incidents,’’ he said.

Orji reiterated that the N5 million required of political parties to campaign in schools’ premises was refundable as the overall interest was to protect the people.

“People also pay to use the stadium for various activities, so the provisions of the order are not new.

“The media should assist the government in propagating the ideals of the order as insecurity is a menace affecting everyone,’’ the commissioner stressed.