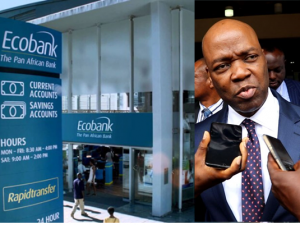 One Kazeem Adeleye, a former staff of Ecobank has been dragged to a Chief Magistrates’ Court in Tinubu, Lagos.

The 31-year-old was charged for conspiracy, fraud and theft.

The prosecution counsel, ASP Ben Ekundayo, told the court that the defendant committed the offence with some others, who are at large on February 7, 2020 at Ligali Ayorinde, Lagos.

Ekundayo alleged that the defendant transferred N28.3 million from a customer’s bank account to another customer’s account without the bank’s knowledge.

According to the prosecution counsel, the defendant defrauded the bank by channeling money.

Magistrate A.A. Paul admitted the defendant to bail in the sum of N100,000 with one surety in like sum.

The magistrate adjourned the case for mention