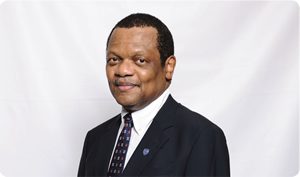 The Federal Government of Nigeria (FGN) is doing some things right, such as the effort to curb overhead expenditures and to be more frugal than past administrations, but then they are also doing many things wrong. There is a reluctance to completely break from the past and embrace significant economic reforms, even when our present predicament clearly warrants same.

We are now facing an economic crisis. A crisis is an inflection point. It is that point when multiple outcomes become possible. 2017 represents the last full calendar year that this administration has within which it must embrace major economic reforms, if it expects to still attain many of the more palatable economic outcomes. It is no use arguing over who or what caused the economic recession (-2% growth) and high inflation rate (over 18.5% p.a.) that we are currently facing; far better to focus on what we need to do to get us out of this sorry state.

There are several units within the FGN that appear to be working hard. Sadly, most of them are working in “silos” and solving fringe problems. What appears to be still missing is a bold, holistic and audacious effort to harmonize fiscal, monetary, exchange rate, trade and macro-prudential policies in a concerted manner. Very few people want to take on the “big gorilla” in the room. That is why the impact of the FGN’s Economic Management Team is not being felt. Because many fear for their jobs, they are not interested in tackling their colleagues whose actions are negating and/or eliminating the most positive outcomes that the Government owes the electorate.

I know that there are those who will criticize me for saying that the FGN’s economic policy direction remains unclear. My response to them is that the most significant economic reforms embraced so far by FGN came about rather reluctantly i.e. by FGN hanging on to an untenable position until it eventually disentangled itself or got overpowered by its own internal contradictions. We saw this with petrol prices and also the devaluation of the naira. When these “reforms” came, they arrived in the form of half-measures. Thus, we stopped short of full petrol price deregulation and introduced an unsustainable price fix instead. We equally stopped short of adopting truly market-determined exchange rates and instead embraced a “fudge” that spewed widely divergent multiple exchange rates. Half measures typically bring some pain, but often fail (as in this case) to yield any lasting gain.

The rest of this article will discuss ELEVEN major policy actions which the FGN should consider. We must shake off the indolent mindset that leads us to believe that all Constitutional changes are taboo. Accordingly, I seek to draw attention to the following eleven important items on which major action is still required:-

1) The Central Bank of Nigeria (CBN) should accept that it’s foreign exchange and demand management policies have failed. The more restrictions they have placed on forex repatriation the less likely it has become that badly needed forex inflows from portfolio investors, foreign direct investors and Nigerians will pick up. Privileged access to CBN’s forex allocations has become the best investment game in town for the politically well-connected. Furthermore, the directive to banks to allocate 60% of forex to manufacturers, who account for only 10% of GDP (including owners of zombie industries which are horribly import-dependent) has exacerbated an already bad supply situation. 40% is much too small to accommodate the rest of the economy and so all other sectors (90% of GDP) have been crippled. This has unleashed panic thereby sending the parallel market to the high heavens. Forex inflows disappeared partly because of the uncertainty surrounding the ability to repatriate interest/dividends through an overly restrictive 40% window. There is no scientific basis for this 60%/40% rule. Meanwhile it has huge adverse distortionary implications on the supply side.

The end result has been our mind-boggling and widely divergent multiple exchange rates which have spooked investors who have taken fright and also taken flight. Sadly, we have effectively “shot ourselves in the foot” by taking ill-advised actions that crippled both forex inflows and the Service sector in particular (over 50% of GDP);

2) Three preceding administrations ended up brokering peace deals with Niger Delta militants. FGN should urgently pursue high-powered negotiations which should be brokered by persons with a healthy track record in this activity and the ancillary pipeline protection business – it can net FGN $6bn a year. In the longer term, I favour a constitutional amendment that reserves a one per cent (1%) royalty payment to immediate host communities on ALL mining and mineral producing activity (including limestone, oil, precious stones etc.). Communities will then be well incentivized to keep production activity going. This is preferable to a long-term reliance on amnesty payments which constitute a moral hazard. A 13% derivation payment to a possibly “unaccountable and distant” State Governor does not filter down to host communities;

3) We should simultaneously embark upon some asset sales which improve long-term efficiency and will yield foreign currency. I argued in my 01 October, 2016 published LETTER TO MY COUNTRYMEN that the FGN share of the major Oil Joint Ventures (IOCs) should be sold down to 40% or no more than 49%. This would represent a replica of the highly successful Nigeria LNG (NLNG) model that provides a healthy dividend stream for the Government. If it is good for NLNG, then it should be good for the IOCs too. Asset sales can yield $15-20 billion over the course of the next two years if planned carefully;

5) Our civil/public service is still bloated, corrupt and inefficient and has become the excuse for a privileged 2% of the population to consume close to 60-70% of the annual budget via the recurrent expenditure vote. Methinks mass redundancies are now inevitable because the nation is stuck with a public service and legislators that we could only afford at $100 per barrel oil prices;

6) Less than 25% of our 36 States are economically viable. The obvious answer is political restructuring, as unpalatable as it may sound to some. In terms of overhead spending, we have to rejig our political structure so that significant overheads are transferred from 36 states to 6 zonal centres. We should keep an open mind towards this political restructuring argument because it is not even true that homogeneity within a State or zone necessarily guarantees peace. Somalia is homogenous and yet it is probably the closest thing there is today globally to a failed State. Conversely, there are communities, States and nations around the world which are heterogeneous, but which are living peacefully together;

7) To help overcome, the social and physical infrastructure deficit, we must embrace the private sector as the engine of growth and a capable partner/financier of infrastructural development. The Power and Transportation sectors are crying for more and not less privatisation. The logic of the power sector reforms was built around the adoption of cost-reflective tariffs, which we have since thrown out of the window. The transmission sector and gas supply difficulties are some of the other weak links in the power value chain;

8) A dysfunctional legal system is an impediment to the rapid growth of a modern economy. The Chief Justice of the Federation must “buy into” and spearhead radical reform of our legal system;

9) The anticorruption crusade will only complement the positive changes envisaged above if the Government itself respects the rule of law and obeys the Courts. We should err on the side of extending the “benefit of the doubt” to accused persons whenever allegations cannot be proven beyond reasonable doubt. It is better to let four people who might be guilty go free than to convict one innocent man.  The latter drains all the energy out of the anticorruption crusade and also destroys business confidence;

10) Restoring business confidence should be the primary preoccupation guiding virtually every statement by public officers. This calls for a paradigm shift because the current preoccupation is for every Minister, Governor, Regulator or overzealous official to threaten investors with closure, bankruptcy, fines or seizure of their goods. Frightened businessmen (local or foreign) will not invest. We should be wooing investors instead of threatening them;

11) FGN should immediately appoint directors to the boards of every regulatory agency. The important lesson from the recent Financial Reporting Council of Nigeria imbroglio is that a single rogue regulator can hold the entire system to ransom, help destroy business confidence and hamper economic growth. This only becomes possible when the checks and balances which our laws envisaged, through the appointment of Boards, Council members or Commissioners, are not in place.

Our economy is underperforming because, amongst other things, it is caught up in a low foreign exchange trap. Borrowing forex without instituting necessary and badly needed economic and structural reforms is akin to suicide. Those who are canvassing for more foreign debt simply because our debt/GDP ratio is low are overlooking the fact that our debt service ratios are already high. Our debt service ratios are high because our Tax/GDP ratio at 6% is exceedingly poor and so it will require a few years of concerted action to raise it significantly. Relying on debt alone to ease the forex trap is therefore a high risk strategy. That is why I also emphasise 2) and 3) above.

Nigerians take pride in arguing that the Lord loves us and so he always intervenes by bringing us back from the precipice in the nick of time. I do not doubt that. What I truly believe is that the Lord intervenes through people. After the unbridled insults that were heaped on the Emir of Kano and a few others who dared to tell the Government the truth about the parlous state of our economy, the easiest path for me would have been to keep quiet or to simply blame speculators, detractors or past regimes. If I did that then the attack dogs would have won. NO, I am not about to abandon my right to free speech on account of some insincere sycophants.

I speak because I want my country to improve.

So help me God.

*Atedo N A Peterside, CON, is the President & Founder of ANAP Foundation and is also the Chairman of Stanbic IBTC Holdings Plc and Cadbury Nigeria Plc

(Extracted from a presentation delivered in Abuja on 19 Jan. 2017 at the 14th Daily Trust Dialogue on BEYOND RECESSION: TOWARDS A RESILIENT ECONOMY)