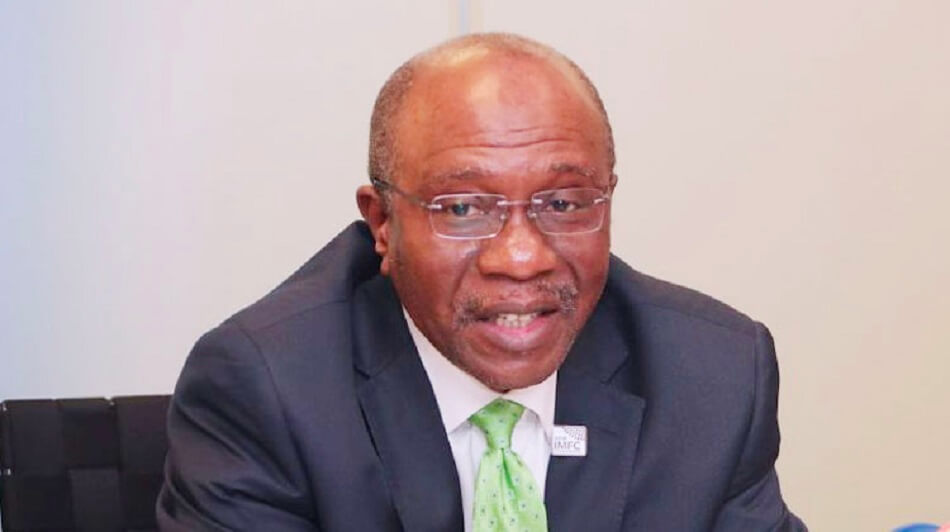 The Department of State Services (DSS) has been urged to ignore distractions and continue its investigation against the Central Bank of Nigeria (CBN) Governor, Godwin Emefiele, over allegations of economic crimes and terrorism financing levelled against him.

A civil society organization identified as the Peoples Alliance for Indigenous Rights (PAIR) said Emefiele is not too big to be investigated, prosecuted, and sent to prison if found culpable of the allegations against him.

PAIR frowned on recent solidarity gatherings held for the CBN governor by persons it claimed are sponsored.

“We must reiterate that nobody is above the law. The idea being canvassed in some quarters that Mr. Emefiele is above the law is dangerous and sends a wrong signal that some persons are untouchable however grave the issues they are being investigated for are,” Chinedu Chukwudi, national coordinator of the PAIR, said in a statement issued on Wednesday in Abuja.

“In this country, we have seen important personalities; politicians, former governors, clerics, activists and very senior government officials invited, arrested and questioned and the heavens did not fall.

“We have seen the positives of such past investigations and arrests. At present, the Accountant General of the Federation is returning several billions and the heavens have not fallen. Mr. Abdulrasheed Maina, who was like an untouchable, is serving a prison term. Abba Kyari, who remains one of the most decorated officers of the police and recognised by the Senate, is in Kuje prisons as his trial continues.

“In the light of these and more, the PAIR urges the DSS not to be distracted by the antics of these sponsored groups and ensure that it does not back down from its constitutional role of safeguarding the integrity of Nigeria and her citizens from suspected criminal elements and economic saboteurs, however, highly placed they are,” he added.

Meanwhile, the Chief Judge of the Federal High Court Abuja, Justice John Tsoho, had on Tuesday rejected a suit filed by the DSS, seeking to arrest Emefiele over the accusations.

Ruling on suit No. FHC/ABJ/CS/2255/2022 filed by the State Security Service against Emefiele, Tsoho said while the allegations against the CBN governor are grave, the applicant was yet to present any concrete evidence to support its claim.