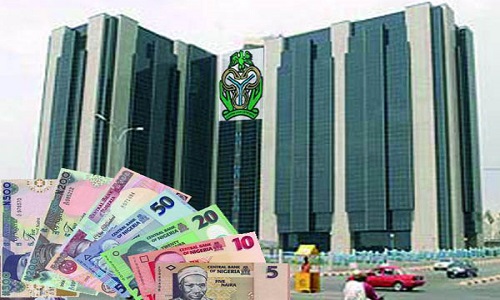 The federally collected revenue, which is shared among the Federal, state and Local governments, rose by 7.3 per cent year-on-year to N10.2 trillion in 2019, a report by Afrinvest West Africa Limited has shown.

According to the report, which quoted Central Bank of Nigeria (CBN) statistics, while this represents only a marginal boost on the surface, there is  progress when revenue is deconstructed. It said oil revenue continues to struggle, contracting 0.2 per cent to N5.5 trillion with a reduced share of total revenue at 54.2 per cent from 58.2 per cent in 2018.

“We suspect that the 10 per cent contraction in oil prices to $64/per barrel in 2019 more than offset the 5.1 per cent expansion in oil production to 2.0mb/d as well as the performance from other sources.

‘’Meanwhile, non-oil revenue expanded 17.7 per cent to N4.7 trillion, with a higher share of revenue at 45.8 per cent. Although this suggests that the government’s revenue drive is on track, we believe this may be attributed to continuous economic recovery. The strong performance was broad-based across core revenue lines, as Corporate Income Tax (CIT) rose 14.5 per cent to N1.6 trillion, Value Added Tax (VAT) expanded slightly by 7.2 per cent to N1.2 trillion while customs and excise duties grew fastest at 18.7 per cent to N837.4 billion,” it said.

Continuing, the report said moving on to the performance of Federal Government’s 2019 budget, the implementation was stronger than expected despite a huge revenue shortfall.

“The CBN reported total expenditure of N9.4 trillion, the highest on record, although total revenue of N4.8 trillion underperformed budget by 31.4 per cent. The implication was a record-high deficit of N4.6 trillion, against the budget of N1.9 trillion. We have reasons to doubt the expenditure estimate given that the Budget Office put spending at N5.8 trillion as at third quarter 2019,” it said.

The report said the CBN’s revenue estimates have always tracked actual numbers. “As at third quarter of 2019, the Budget Ministry reported that the retained revenue of the Federal Government was N3 trillion while revenue from special accounts contributed an additional N1.3 trillion for a total revenue of N4.3 trillion, indicating that CBN’s projected deficit may be far off the mark. What makes up special accounts is unclear but we are certain that this does not include primary revenue sources as the CBN estimated revenue at N3.2 trillion as at third quarter of 2019,” it added.

‘’Our revenue estimate for 2019 is N4.2 trillion with a fiscal deficit of N3.4 trillion. As states, the Federal Government raised only N802.8 billion in the debt market in 2019 to fund its budget, we believe the CBN’s sustained monetisation of the deficit drove budget implementation. The latest available data show that the CBN overdrafts to the Federal Government stood at N8.5 trillion as at November 2019 from N5.4 trillion as at year-end 2018

‘’In line with our recently published 2020 outlook, we believe the revenue challenges of the Federal G overnment would persist in the near-term. The reprieve expected from the increase in Value Added Tax  (VAT) rate to 7.5 per cent from five per cent would only be marginal given the Federal Government’s paltry share of 15 per cent.

It continued: ‘’Similarly, evidence does not support the claim that land border closure would result in a significant revenue boost. Although revenue from special accounts provided a cosmetic lift in 2019, the sustainability of such an account is in doubt. Accordingly, we expect revenue collection to proceed at a moderate pace in 2020.The monetisation of deficit by the CBN, although likely to be sustained, continues to contravene the CBN Act (2007) with potentially serious implications for the economy if its growth continues at the current pace.”

On the foreign exchange market, despite the absence of the CBN’s intervention last week, the naira remained calm across board, it said. At the CBN official window, naira weakened slightly by five kobo week-on-week after it opened at N306.95/$1 and closed at N307/$1.At the parallel market however, naira gained N1, closing at N360/$1.

Analysts expect that this week, the apex bank would sustain intervention inn the forex market to keep the naira stable.