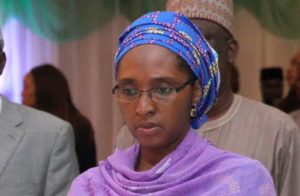 With the cost of governance remaining high and slump in revenue subsisting due to the volatility of oil prices at the international market, the Federal Government, Monday, announced plans to cut its 2020 budget.

President Muhammadu Buhari, in December, signed a N10.59 trillion 2020 budget, on the assumption of oil production of 2.18 million barrels per day with an oil price benchmark of $57 per barrel.

The Minister of Finance, Zainab Ahmed, speaking in Abuja after a meeting with Buhari, said a committee, including herself, the Minister of State for Petroleum Resources, the Group Managing Director (GMD) of the NNPC and the Central Bank governor would determine the size of the budget cut in the coming days and revisit the benchmark crude oil price of $57 a barrel used to calculate the budget.

However, the Lagos Chamber of Commerce and Industry (LCCI), through its Director-General, Muda Yusuf, said a fall in oil price has implications for the level of fiscal deficit in the budget, as its implementation would be constrained; infrastructure financing affected; borrowing might increase, and the capacity to fund capital project would be severely constricted.

With this scenario, the outlook for oil-dependent economies looks rather gloomy, he added.Oil prices plunged by 10 per cent on Friday after OPEC and its Russia-led non-OPEC allies failed to agree on how to handle the depressed demand amid the Coronavirus outbreak.

The Saudis and OPEC insisted on a massive 1.5-million-bpd cut through end-2020, but Russia refused to continue ceding more ground and market share to U.S. shale with the OPEC+ production cut deal, which hadn’t materially moved oil prices higher, especially with the slump in demand due to the epidemic.

As oil price yesterday collapsed to what could be described as the worst in about three decades due to rivalry between Saudi Arabia and Russia, industry analysts said Nigeria and the global economy might not recover quickly from the shocks.