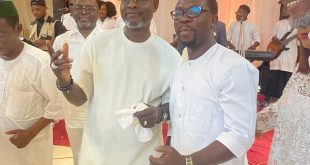 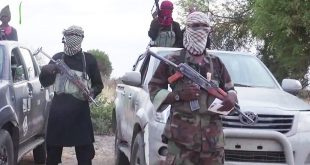 Fidelity Bank Plc, one of the country’s most diversified financial institutions has been adjudged the “Best Green Partner 2015” by the Lagos State Government at the recently concluded 2016 Tree Planting Day. The organisers of the event said that Fidelity Bank was given the award in recognition of the Bank’s outstanding contributions towards the protection and improvement of the environment.  Specifically, they said that the Bank which is the first Nigerian financial institution to win the award showed relentless support for initiatives aimed at identifying and promoting the preservation, protection and beautification of the environment.

“Fidelity Bank works in collaboration with public institutions – state and local governments – to create and maintain green parks in chosen locations. The beautification of the Falomo Roundabout in Lagos State, in partnership with the Lagos State Government, is a typical example of what the Bank seeks to achieve in this area,” he said. While promising to work with the State to create and maintain green parks in chosen locations Okonkwo noted that the Bank has successfully executed several beautification projects across the country. Some of these projects include Onikan, Milverton, Dopemu and Matori Roundabouts in Lagos State; RSUT in Rivers State, Rangers Avenue junction in Enugu State, Mbaise Road in Owerri, Imo State, Abia Towers in Umuahia, KrikaSama Roundabout in Maiduguri, Borno State amongst others.

He also disclosed that the Bank supports environmental advocacy groups like the Nigeria Conservative Foundation (NCF) in their advocacy programmes, one of which is the annual “Walk For Nature”, an annual event designed to create awareness about nature conservation and good environmental practices. “We also undertake green initiatives that assist the environment. In this regard, we have become the first, and perhaps, the only Bank in Nigeria that dispenses cash with recycled biodegradable cash bags instead of polyethylene bags used by others, which is destructive to the ecosystem.” Fidelity Bank also assents to relevant international Accords and Protocols aimed at promoting sustainability, like the Equator Principles.

In his keynote address themed, “Lend a Hand to Save Trees”, Governor of Lagos State, Akinwunmi Ambode, noted that planting of trees was crucial for the environment as trees provide oxygen, helps conserve energy, saves water, and prevents erosion among others. He disclosed that the state plans to plant 10 million trees by 2020. The Governor who was represented by the Secretary to the State Government (SSG), Tunji Bello commended Fidelity for initiating the drive for a greener environment and called on other corporate bodies and public spirited individuals to join hands with the state to conserve nature and make Lagos an environmentally friendly place for all to live.