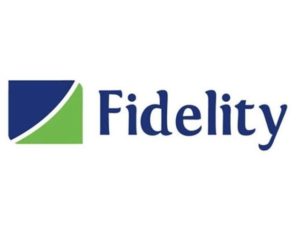 As part of efforts to promote financial literacy, Fidelity Bank Plc has organised a campus activation programme at the Federal College of Education (Technical), Yaba Lagos with a focus to bring on-board 3,000 new account holders.

Speaking at the event yesterday in Lagos, the Divisional Head Retail Banking, Fidelity Bank Plc, Richard Madiebo, said the programme was a platform through which the bank engages students during major academic events such as matriculation, student week, convocation and others.

He also stated that part of the objectives of the campus activation was to lecture the students on the importance of financial literacy, adding that the bank was also focused on creating accounts for those that are not in the banking system.

“We are trying to bring these students to the formal sector because most of them don’t have bank accounts; part of the objectives of these campus activation is also to lecture them on the importance of financial literacy.

“So those that doesn’t have account, we open account for them and those that have accounts, we lecture them on why they should bank with fidelity because we are here to provide solutions to their financial needs.

“This is the first time of coming to the School to organise this campus activation. Before now our team usually visits because we have students who maintain accounts with Fidelity Bank,” he stated.

Madiebo, who was represented at the event by the Flex Product Manager, Fidelity Bank, Johnson Akaolisa, explained that most of the accounts created were done digitally.

According to Madiebo, “Today, we are focusing on 3,000 students, which we have started. Presently, we have close to 500 students who have on-boarded. Our target is not only the students, but the lecturers; we also want to meet the needs of the lecturers because some of them want consumer loans, and also provide them with solutions for their retail needs.”