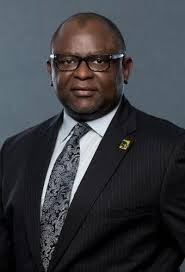 In its new Television Commercial, First Bank tells a story that reflects the beginning of modern banking and how the bank has consistently grown with Nigeria’s enterprises through partnership and innovation. Raheem Akingbolu writes

When the promoters said First Bank was “truly the first, many grudgingly agreed. But deep inside its competitors – the possible grudging camp – is the truth regarding the extreme distance the bank has given others in performance and people relevance of its operations! They knew the bank was not bluffing. Not only has it rediscovered itself, but the ability to shed its ancient mindset in terms of operations and blend with modern trends in banking have left many agreeing that perhaps, the saying that the older the wine the better it gets in taste actually applies to First Bank.

Its new television commercial (TVC) says it all: a combination of historical renaissance and quite prescient validation of the innovation that usually drives its bewitching communicational ads. From the groundnut pyramids of the north, which was the symbol of the regions commercial edge and the cocoa bean mountains of Western Nigeria to the rubber plantations of the East and Mid-eastern region, First Bank has applied its new campaign to remind its decades-old patrons, customers, and even competitors, that the beat has refused to abate.

Throughout the campaign, First Bank subtly registers itself in the minds of the banking public that it’s entirely Nigerian – past, present, and the future. The well-crafted historical simulation captures how First Bank opened its first branch in Lagos in 1894 and started helping merchandise and local traders to grow their businesses. The excitement and enthusiasm on the faces of the bank’s early customers after getting their cash books from the Lagos office say it all. Like someone who has gotten a glimpse of what the future holds with banking, the customers express surprises and happiness. The commercial captures the mood and goes back in memory lane on how the bank has helped many people succeed in their ventures. Subtly, the narrator takes viewers to Kano and reveals how the then richest men in the commercial city were making their deposit of 20 bags of Silver in an atmosphere that looks like the first operational day of the bank.

Perhaps the beauty of the commercial lies more in the way it strikes a balance between the ancient and the modern days through setting and swapping of background colours. This was cleverly explored by those who conceptualised the TVC, especially in referencing the way the bank transformed into an online haven, driven by technology.

While reminding the patrons of the bank’s transformation and technological advancement, the narrator is quick to talk about the expansion of the bank beyond the shores of Nigeria to the West-African region and beyond. The TVC also positions FirstBank as a socially responsible brand by touching on various initiatives it has embarked on. Specifically, First Bank’s contribution to Sports through its support for football and athletics is captured very well.

For all these achievements, the narrator narrows the story to the bank’s ability to produce two governors of the nation’s apex bank –the Central Bank of Nigeria, apparently referring to Dr. Joseph Oladele Sanusi and Mallam Sanusi Lamido Sanusi. It will be recalled that Dr. Sanusi was appointed by the Federal Government as the Governor of CBN in May 1999 by President Olusegun Obasanjo, serving until May 2004. Sanusi was picked as a safe and conservative banker. He resumed the same day the former President Obasanjo was sworn in on May 29, 1999. He assembled his team of “eggheads” as Deputy Governors, a perfect mix of public and private sector experts. The Central Bank made remarkable progress under his leadership.

Then on 1 June 2009, the second First Bank product, Lamido Sanusi was nominated as Governor of the Central Bank of Nigeria by President Umaru Musa Yar’Adua; his appointment was confirmed by the Nigerian Senate on 3 June 2009, during the global financial crisis. It is on record that against all odds, the new helmsman superintended the transition and consolidation in the then wobbling and ailing banking sector into a virile and solid financial transactions sector.

Sanusi remained in office and continued his wonders until former President Goodluck Jonathan took over. In this position, Sanusi won the prestigious international award of “Central Banker of the Year.” Succinctly speaking, the TVC captures the 126 years history of First Bank. It also shows that the bank’s long years of existence notwithstanding, its handlers haven’t allowed complacency to dampen the drive to position the nation’s number one financial institution as the best and one of the best brands that are making Africa proud. For 126 years, FirstBank has navigated Nigeria’s banking landscape, supporting businesses and building other brands.

But the FirstBank story is that of not giving up despite all odds. However, the greater story hasn’t been told by those who daily promote it, but the hope of financial security it has consistently given to the ultimate owners of the brand – the banking public – continues to resonate. This explains why, in a country where the mortality rate is high in the market, the brand still remains a reference point, when it comes to building an enduring African brand in all the years of its existence.

Last, year, the Bank commemorated its 125th anniversary, and the event created a unique opportunity for it to distinguish itself quite clearly from other Banks and organisations in Nigeria, Africa, and the world. Through the anniversary celebrations, the team was able to reiterate that FirstBank has been part of Nigerians, enabling them financially and securing their businesses through needful supports and advisories, ultimately achieving their customer-centric goals. FirstBank has today become a pivotal integral of Nigerians as individuals and Nigeria’s corporate history.

According to them, this sets the brand clearly apart in a space of its own, as a Bank that is beyond comparison – one which has woven into the fabric of the society for many years and has continued to be relevant, relentlessly and unrelentingly.