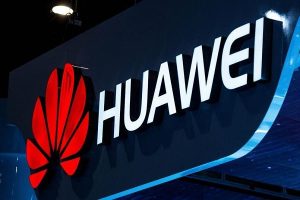 Huawei has announced the winners of the 2021 edition of the Huawei HMS App Innovation Contest (Apps UP), with four African Apps being recognised and celebrated among the 18 winners.

South African Coresthetics walked away with one of the Best App Awards in the Middle East and Africa region, along with $15,000 in prize money.

UniAPS bagged an Excellent Student Award, with $5,000 prize money, while Droppa and Secura received Honourable Mention Awards, which each come with $3,000 prize money.

“The Apps UP contest is a great initiative from Huawei, and I hope that we continue to encourage app developers to make apps that are beneficial to society.  One advice that I have for developers would be to think more about your on-boarding experience, and let users test it out to see what the app does and understand the problems they may face,” said Ahmad Abugosh, an Apps UP MEA judge and Director of Marketing & Learning Programs, AstroLabs Middle East & Africa.

The 2021 edition attracted more than 4,000 teams from over 200 countries entering the Huawei HMS App Innovation Contest (Apps UP). All submissions were carefully evaluated based on their innovation, social value, business value, and User Experience (UX) by a jury consisting of leading industry experts. The competition concluded on October 10 with the public voting stage; public votes accounted for 10% of the final results.

Adam Xiao, Managing Director, HMS and Consumer Cloud Service for HUAWEI Consumer Business Group MEA, said, “Creating functional, smooth, and intelligent applications is not an easy task, and through Huawei HMS App Innovation Contest (Apps UP), we aim to reward the developer industry for their outstanding contribution. This year’s competition was extraordinary due to the quality of apps submitted, and the new categories added garnered tremendous interest, particularly the Women’s Tech Award that saw over 600 submissions globally. We want to congratulate all the winners for their impressive submissions that aim to benefit our societies in different areas.”

The 2021 edition of the Huawei HMS App Innovation Contest (Apps UP) was launched in June and lasted more than 100 days. Submissions came in from all regions including China, Asia-Pacific, Europe, Middle East, Africa, and Latin America. The competition’s total compensation summed up to US$1 million, with a reward of US$200,000 in cash prizes for each participating region.

The winners were announced at Huawei’s flagship annual developer conference, HDC, which saw a line-up of sessions exploring HarmonyOS, smart homes, smart offices, HMS Core and more on Huawei’s efforts in building a new ecosystem of limitless possibilities. By the end of September 2021, the number of developers in Huawei’s ecosystem has reached 5.1 million, and the number of apps integrated with HMS Core has exceeded 173,000.