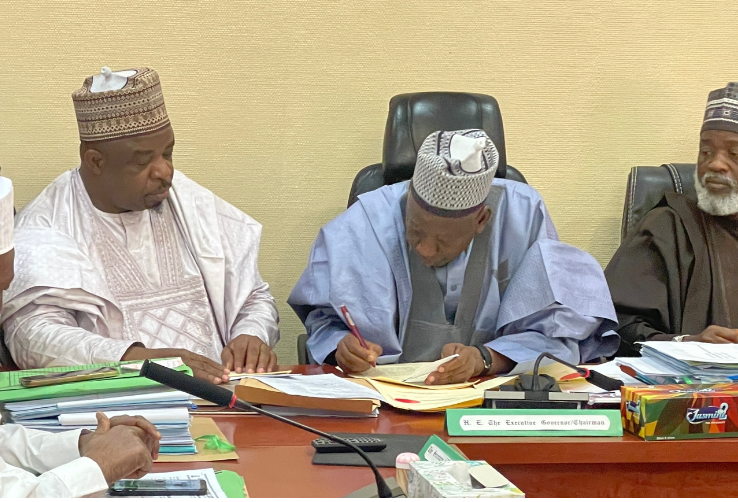 Ganduje in November presented N245 billion to the State’s House of Assembly for approval.

Speaking shortly after signing the document, Governor Ganduje said the legislators reviewed the budget upward to N268 billion to cater for social and economic development of the state.

He said the budget was designed to fast track completion of ongoing projects and initiate new ones.

While reiterating commitment to implement the budget in accordance with the law, Ganduje expressed readiness to ensure continuous cordial relationship with the legislature.

The Speaker, Alhaji Hamisu Chidari said the House had reviewed the budget upward by about N23 billion.

“We had interactions with Ministries, Departments and Agencies (MDAs), and also had public hearing where we collected so many inputs which attracted more money to the tune of N23 billion,” he said.