Ghana FA: Why we sacked our coaches 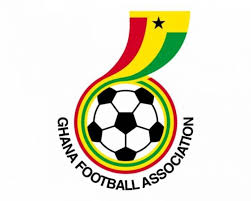 THE Ghana FA says it took the decision to remove all of its national team coaches with the Black Stars’ fixture schedule in mind.

Ghana’s Football Association (GFA) says it removed all its national team coaches, at all levels of the game, “in line with the vision” of the GFA’s new administration and is now “evaluating the situation.”

The GFA has been under new leadership since October, following a year under the control of a normalisation committee.

The announcement confirmed the departure of Kwesi Appiah as Black Stars’ coach, but the GFA say his contract had already come to an end.

The Ghana Football Association is mindful of the importance of the Black Stars’ assignment and of any of our national teams. Whatever decision will be taken, the GFA has that in mind

“So in line with the vision of the new administration of the Ghana Football Association, it was decided there should be a clean bill for all the national teams and then they will evaluate the situation and then will come out with a decision on the way forward.”

The Black Stars resume their international schedule in March when they play 2022 World Cup qualifiers, and Issah says the GFA is aware of the impact on the team.