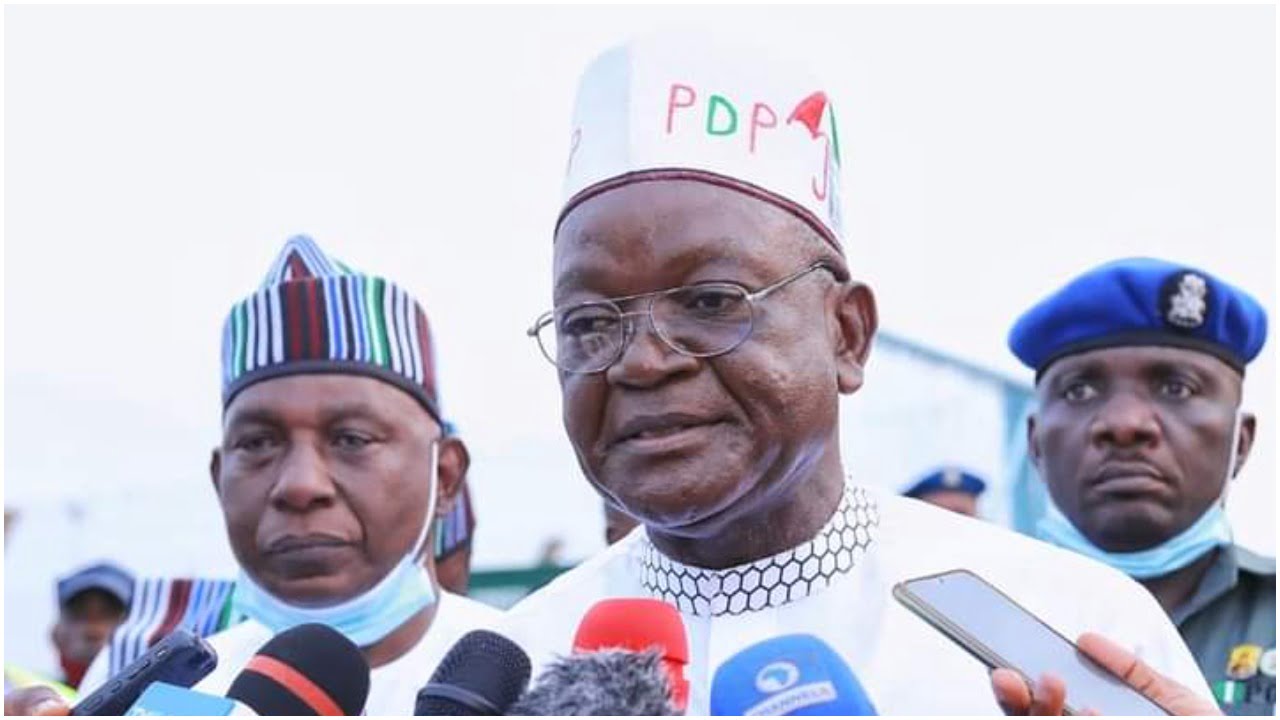 Governor Samuel Ortom has expressed satisfaction at the rehabilitation work going on at the Wards and Theatre blocks of the Benue State University Teaching Hospital, BSUTH.

The Governor also said he was happy that the construction work at the multi-billion naira Benue Geographic Information Service, BENGIS complex is going according to plan.

He spoke Wednesday, October 26th, 2022 after he took time to inspect ongoing rehabilitation work at the University Teaching Hospital and the construction of the multi-billion naira BENGIS complex.

The Governor explained that the State Government had accessed a 2 billion Naira loan from the Central Bank of Nigeria to upgrade medical facilities in the state.

Giving the breakdown of the disbursement of the loan, the Governor disclosed that the sum of 1.1 billion naira was spent in BSUTH with the rehabilitation of the wards and theater block at the cost of N519 million.

He continued: “We have also procured an MRI machine with the sum of over 400 million. We have also procured 2 dialysis machines and equipped laboratories, while the other 900 million has been allocated to various general hospitals in the state to upgrade medical facilities to enhance health care service delivery for our people.”

“I commend the contractor, he did not disappoint me, he has done a quality job and he has met his timelines. He has assured me that in the next two months, once the hospital is able to move the patients to the other two floors that have been completed, they’ll be able to complete their work.”

The Governor also took time and visited patients at the hospital who were matcheted with various degrees of injuries by suspected Fulani herders.

In an emotion-laden voice, the Governor noted, “outside what I came to see, I had the privilege of seeing some people who survived attacks by the Fulani herdsmen attacks. You can see that a young man had his two eyes plucked by Fulani terrorists while you could see the others had their legs and hands cut off.”

Governor Ortom insisted that “There is nothing like herdsmen-farmers crisis. It is just banditry and evil that have come to send our people away. I have over 2 million IDPs and people expect me to be laughing with them and to be dining and wining with them, I will not do that.”

While commending President Muhammadu Buhari for directing that those who perpetrated the massacre at Gbeji in Ukum local government be brought to book, he frowned at the recent comments by the PDP Presidential candidate, Atiku Abubakar for leaning more towards his kinsmen, the Fulani than standing for the entire nation.

According to the Governor, “for someone who is aspiring to be President. It shows clearly that if he becomes President some of us are not safe, Benue State is not safe.”

He maintained that “As long as I am Governor, I will continue to speak on behalf of my people and protect lives and property in Benue State and nobody can stop me. So Atiku cannot stop me from speaking for my people. If he wants to stop me, let him stop his kinsmen from killing my people. No other person is committing this evil, it is Fulani terrorists,” he said.

The contractor handling the BSUTH project, Engr Steven Akange of Privent Construction Nigeria Limited, explained that the project is 70% completed, stating the remaining 30% will be completed in the next two months for commissioning.

He said all materials for the completion of the project job were on ground, stating that the quality and pace of the work done is a product of total commitment from the State Government.

Engr Akange acknowledged that the State Government has been faithful in the contractual obligations as captured in the contract and thanked Governor Ortom for patronizing some of the local contractors.

On his part, the Chief Medical Director, BSUTH, Professor Terrumun Swende pointed out that the first and second top floors of wards and theatres have been comprehensively renovated, even beyond the original plan, “we have created more spaces, including call rooms at each floor. We have created call rooms for physicians to stay.”

He said equipment has been procured and commended Governor Ortom for matching words with action, adding that he has given approval for the installation of a water treatment plant at the hospital.

At BENGIS, Governor Ortom also expressed satisfaction over the execution of the project, noting that it is one of the legacy projects of his administration, which has been executed at the cost of 6.5 billion Naira and one of the first among the projects that qualified for the world bank grant of 2.5 Million dollars.

He said, “We are passionate about this project because we have a growing population with a landmass that needs to be properly captured. I am happy with the quality of work and the speed of the work. I am not disappointed and I am looking forward to the fact that in the next one month, this project should be ready for commissioning so that there will be speedy processes of acquiring land titles in Benue State, not just in Makurdi but all major towns in the state.”

Earlier, Commissioner for Lands, Survey and Solid Minerals, Bernard Unenge stated that the project is at 90% completion, saying the building has been completed and furnishing has commenced with external works ongoing to be concluded in the next one month to make the project ready for commissioning.

The Project Manager, Mario Bajouk also affirmed that the main building is ready with internet connectivity, noting that external works will be completed by the first week of December and thanked Governor Ortom for his sustained support since the commencement of the project.