Government must play a major role for the mortgage sector to thrive – CEO, Abbey Mortgage Bank 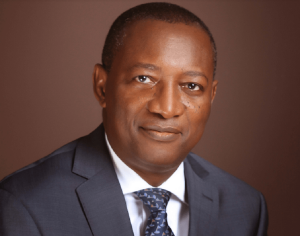 Speaking during the Nairametrics’ Business Half Hour, Madu Haman gave a brief background of his journey into the financial industry.

“I graduated from the university in 1982, started my banking career in 1984 with the then Bank of Credit & Commerce, which was later converted to African International Bank (Afribank). In 1990, I joined the merchant bank now called the New World Merchant Bank. Then in 1992, I left New World Merchant Bank to join Abbey Building Society, which is now Abbey Mortgage Bank,” he said.

According to Mr. Madu, what motivated the establishment of Abbey Mortgage Bank was the Mortgage Institution Act that was enacted in 1989. It was an opportunity to provide housing finance to Nigerians. So, in 1992, they got licensed and since then, the business has grown.

He continued by saying that currently, their aim is to replicate in Nigeria what is obtainable in a more developed economy like the UK, where housing finance is affordable and available to everyone.

During the session, he stated that nothing came easy, especially when it came to establishing a business, so, they had their pitfalls during inception though they were able to scale through, with the help of the initial promoters who had experience in banking.

Speaking about funding, Mr. Madu noted that their initial capital when they started in 1992 was N5,000,000, which the promoters were able to gather from friends. Since then, they have gradually been increasing the capital. In 2005, they became a public limited liability company and got listed on the Nigerian Stock Exchange in 2008, which gave them a wider market for raising capital.

Abbey Mortgage Bank, according to Madu, is in partnership with private sector providers, most of whom are real estate developers who provide the houses for them to grant mortgages on. He noted that the partnership is with credible developers, who have the type of houses that meet the requirement of customers. The bank is also in partnership with notable cooperatives, whose members want to access housing finance.

According to him, Nigeria’s patronage of mortgage banks is very low. He said even at the African level, Nigeria is way below when it comes to a mortgage. He stated that currently, the mortgage sector constitutes just about 2.5% of our GDP compared to the United Kingdom where the contribution is 80%, while South Africa contributes 50% to 60% of their GDP, and Ghana has close to 30% GDP contribution. In other words, Nigeria needs to step up her game when in the mortgage sector.

He said for this to be feasible, the Government has a major role to play in terms of providing the right environment for the mortgage sector to thrive. Speaking further, he said there are many challenges that affect the mortgage sector, most of which have to do with the government. For example, the Land Use Act, which makes the process of land acquisition very difficult and expensive. Speaking further, he stated that what made land acquisition difficult are the processes one must undergo, such as:

During the session, Haman noted that the government could assist in reducing some of these challenges. The plan to address the various challenges facing the mortgage sector started as far back as 2001 when the then President, Olusegun Obasanjo, formed a presidential committee to review the legal framework around the mortgage sector, especially amending the Land Use Act and other issues concerning the smooth operation of the mortgage sector.

However, before the approval of such an amendment, another government took over which automatically led to starting the process all over.

Furthermore, he said they had to establish an advocacy association for the mortgage Industry called the Mortgage Banking Association of Nigeria and their work is to take care of these issues that the mortgage sector is facing. He said they also have other institutions, like the Nigerian Mortgage Finance Company, which is partly owned by the participating banks and partly owned by the Federal Government (the Federal Ministry of Finance and CBN are also involved). The role of this institution is advocacy, i.e., trying to address the challenges facing the mortgage sector.

Also, they have been talking to state governors to see how each state can amend some of their laws to make it easier and smoother for mortgage sectors. However, he noted that some states like Lagos and Kaduna have been very cooperative. More so, the engagement continues with various other states that are willing to participate in the provision of housing for their citizens.

Additionally, he clarified the issues some Nigerians encounter when it comes to accessing NHF loans. He said the Federal Mortgage Bank is a custodian of the National Housing Fund, so for a contributor to be able to access facilities from the National Housing Fund, they must approach a primary mortgage bank which then processes their request and forwards it to the Federal Mortgage Bank for approval. He added that before NHF can give out a loan, it will have to check out the following:

All these processes are done at the primary mortgage bank-level before being forwarded to the Federal Mortgage Bank for approval, and then the Federal Mortgage Bank also goes through its own process of checking. With all these processes, one might look at the loan request as a difficult one, however, the rate at which you get the facilities is only 6% which is the lowest facility you can get in the Nigerian market right now.

In conclusion, he said that Abbey has a very good pedigree, and they been in the market for almost 29 years now. He continued by saying that Abbey mortgage bank is presently the oldest and the largest mortgage bank in Nigeria and they are currently doing the Right Issues which was opened on the 4th of January for their existing shareholders to invest more on.

@@dailyrecordng
Previous How online shoppers are staying safe during the pandemic
Next COVID-19: We may lock down Lagos, Abuja, others soon, says FG