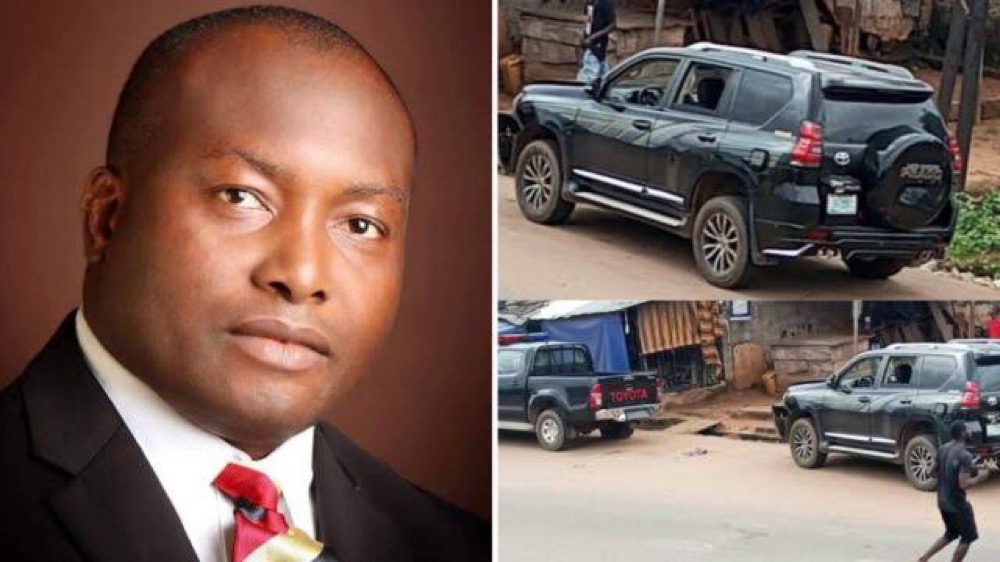 Anambra State governor, Prof. Chukwuma Soludo, on Friday revealed that some of the gunmen who attacked Senator Ifeanyi Ubah’s convoy and killed some security personnel attached to him have been arrested.

Governor Soludo revealed this when he visited Enugwu-Ukwu in Njikoka Local Government Area of the state for burial of Pa Boniface Nwankwo, father of House Of Representative member for Dunukofia/Njikoka/Anaocha Federal Constituency Hon Dozie Nwankwo.

Senator Ubah was attacked in the same community about a month ago.

Soludo announced that the culprits have been arrested, and that security operatives were on the trail of the other members of the gang.

Recall that some gunmen on Sunday, September 11 attacked the convoy of Senator Ubah in Enugwu-Ukwu community in the Njikoka Local Government Area of the State.

Ubah lost four security aides and two personal assistants during the attack, but was able to escape in his bullet proof car.

According to Soludo:
“Three weeks ago, it was in this same community that some elements chose to attack Senator Ifeanyi Ubah. I want to tell you that we have arrested a number of those involved in that attack. We are still on the trail of the remaining people.

“We will not let people like that define who we are. This is Anambra State, and we are peaceful people. We must embrace peace, even in the coming election.
.
“Anambra is peaceful, Anambra is safe. “We have chased away bad elements in the state. The pockets of crime you hear of are just a small number of the bad elements left.

“They will not disappear in one night, even in civilised places, there are still few bad elements.”