How I lost Bauchi South — Yuguda 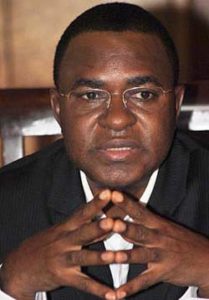 Echoes of the recent Bauchi South Senatorial by-election have resounded with the immediate past governor of the state, Alhaji Isa Yuguda putting the loss of his former home base to what he described as election irregularities perpetrated by the authorities.
Yuguda contested the election on the platform of the Green Party of Nigeria, GPN and came third in the contest after the winner, Lawal Gumua, and the Peoples Democratic Party, PDP candidate, Ladan Saliu.
Speaking through his campaign manager, Alhaji Abdulmumini Mohammed Kundak he disclosed that the election was marred with a lot of electoral malpractice.
He further alleged that the state government connived with the electoral body and security agents in perpetrating the election malpractices. “There were reported cases of vote-buying, ballot snatching and cancellation of votes in some of the local governments where it was suspected that Yuguda might have the upper hand.”
“These were the factors that counted against Yuguda. Again, just for a senatorial bye-election, the president, three governors, including the governor of the state held a mega rally campaign for their candidate. Again, two days before the election, four other governors were in Bauchi to campaign for this same candidate.”
Share