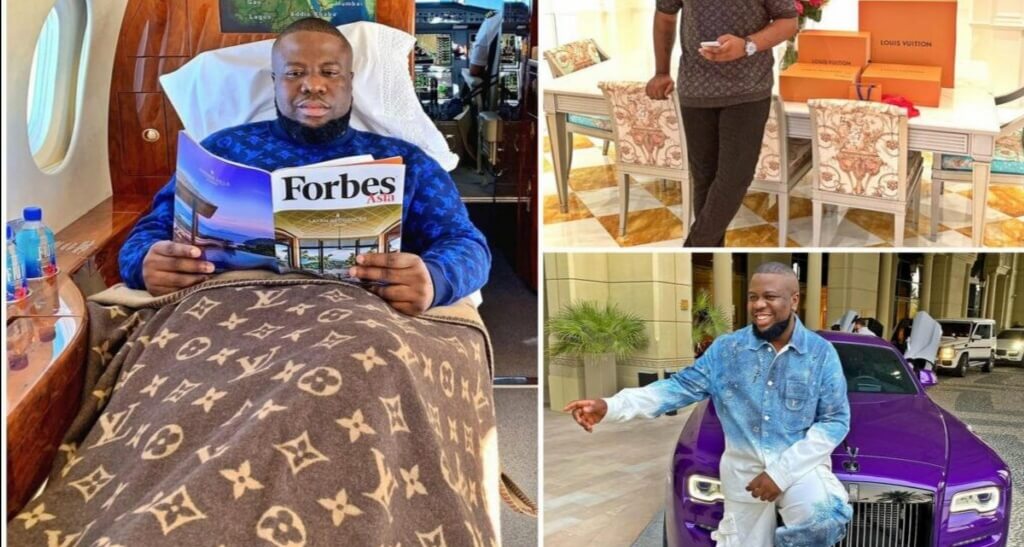 American rapper, Curtis ’50 cent’ Jackson, announced late Wednesday that he plans to release a television series inspired by Nigerian fraudster, Hushpuppi, who was jailed for 11 years in the U.S. for his role in a conspiracy to launder millions of dollars via online scams.

The judge also ordered Hushpuppi to pay $1,732,841 in restitution to two of his victims, according to a statement issued by the United States Department of Justice.

The statement said Hushpuppi, who has been in custody since June 2020 following his arrest in the UAE and extradition to the U.S., pleaded guilty in April 2021 to one count of conspiracy to engage in money laundering

The Assistant Director of the FBI’s Los Angeles Field Office, Don Alway, described Hushpuppi as “one of the most prolific money launderers in the world”, through which he was said to have financed the extravagant lifestyle he displayed on social media.

“Abbas bragged on social media about his lavish lifestyle – a lifestyle funded by his involvement in transnational fraud and money laundering conspiracies targeting victims around the world,” said United States Attorney Martin Estrada.

“Money laundering and business email compromise scams are a massive international crime problem, and we will continue to work with our law enforcement and international partners to identify and prosecute those involved, wherever they may be,” Estrada added.

50 cent, who owns the film production company G-Unit Films and Television Inc. and has created TV series for different networks, plans to script a new series based on Hushpuppi’s story.

On Wednesday, the rapper told his over 68 million followers across Facebook and Instagram that he was working on the series.

“For my scammers I gotta do this one, Hushpuppy series coming soon!” wrote the 47-year-old who is one of the executive producers of the popular television series ‘Power’.

He also co-produced the American crime drama television series, BMF, inspired by a drug trafficking and money laundering organization known as the Black Mafia Family. The Detroit-based group reigned from 1989 to 2005.